UNESCO declares Safranbolu as one of the 20 best-reserved sites in the world. 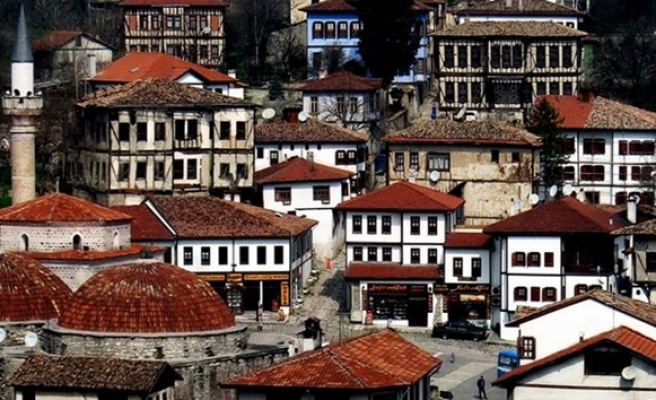 World Bulletin / News Desk
Safranbolu, located in the central-northern province of Karabuk in Turkey, has been declared by UNESCO as one of the 20 best-reserved sites around the world in its list of world cultural heritage cites.  It maintains the title of best-protected tourism site with its Ottoman traditional houses built in the 18th to 20th century.

Despite its small size, it has one fifth of Turkey's cutural attractions. Having once been a center for caravan trade for centuries, it has a large variety of historic buildings, the oldest one dating back to the 14th century with its preservation reflecting its authentic heritage.

The town continues its restoration of its Ottoman buildings and of the 865 house restored over the last 35 years, 60 percent have been completed.  The governor of Karabuk, Izzettin Kucuk said roughly 100 mansions were currently under restoration and are being run as hotels for accomodation for visitors from all around the world.

Around 300 of the historical Turkish baths, bridges and mansions have been renovated through the cooperation of state institutions and Safranbolu residents.

The town has seen an increase of visitors in 2013 with 240 thousand tourists, a seven percent increase from last year and a fifth of them are foreign tourists. With day visitors, the numbers tripled and reached 750 thousand. It is also estimated that about six million tourists visited Safranbolu in the last 19 years.

Since the 90s, as tourism became a crucial source of income, Governor Kucuk focuses on the renewal of the abandoned houses to bring them back to life and to ensure Safranbolu maintains its place in the tourist books.