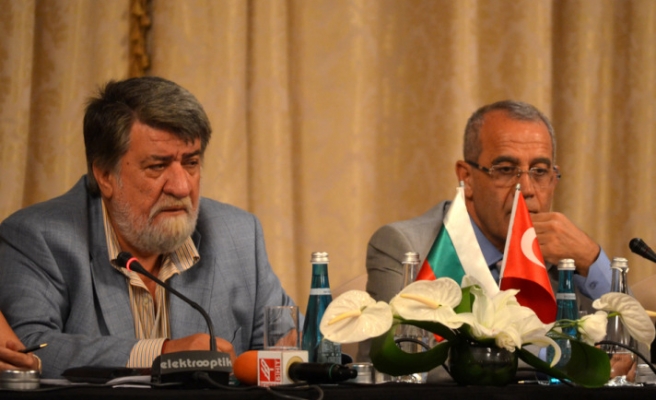 Bulgarian Culture Minister Vezhdi Rashidov said on Tuesday that he hoped that Turkish and Bulgarian cinema would have a great place in Europe and also in the world.

Turkish and Bulgarian film producers met at Istanbul's Ceylan Intercontinental Hotel ahead of a signature ceremony for the "Agreement on Cooperation for Joint Film Production".

Rashidov said that Turkey and Bulgaria had a common history, and a great progress has been achieved in relations between the two countries especially in the past three years.

Distinguished names from Turkish and Bulgarian cinema sectors came together in Istanbul, he said, adding that he hoped Turkish cinema authorities would visit Bulgaria soon and a similar gathering would be held in Bulgaria.

Arici said in his part that they attached a great importance to "Agreement on Cooperation for Joint Film Production" that would be signed between the two countries today.