Fifty thousand people have attended Turkish languge courses by Yunus Emre Institute in 33 regions across the world since 2009. 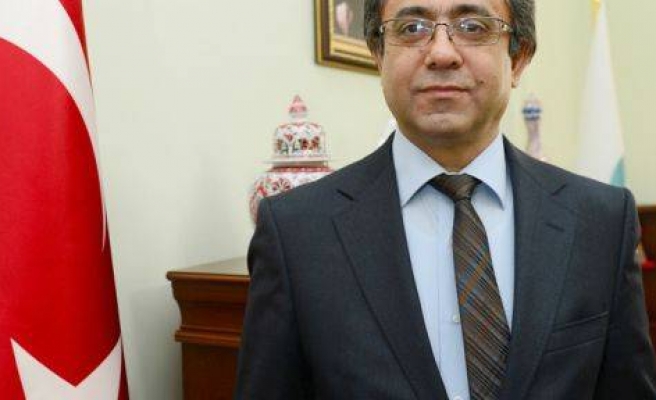 Turkish Yunus Emre Institute, opening culture centers in numerous countries across the world to represent and publicize Turkish language and culture, organize language courses for foreigners whose number has outreached 50,000.

Speaking to Anadolu Agency in an exclusive, President of Yunus Emre Institute Hayati Develi said they made efforts to service the cultural richness and background of Turkey to the whole world most efficiently and with high quality. He noted that Turkish language courses were just a part of these efforts.

Develi stated that the institute was founded in 2009 and has opened culture centers in 33 different regions of the world within 4 years. In the Turkish language courses organized by these centers, 10,000 students have received face-to-face education on Turkish up to now.

Referring to 3,500 students continuing their education in these courses, Develi noted that the turnout rate to courses was relatively higher in the countries that were historically linked to Turkey.

"Regionally in the Mid-East and Balkan countries, Turkish courses attract intensive interest. Iran is the top ranking country with 700 students which is followed by Egypt with 600," noted Develi.

He stressed that the courses are of high demand in Central Asian Turkic republics, Balkans and the Mid-East. "The courses are filled up as soon as it opens. We only had 3 branch offices when we started. We increased the number to 15 in our 2nd year and now reached over 30 branches. We have a rapidly rising profile," he argued.

"Since 2009, Yunus Emre Institute has contacted with nearly 50,000 people face-to-face and taught them Turkish," he also said.

Reminding their Distance Education Project, Develi added "Thanks to the project, it will be possible to reach us and the Turkish language from all around the world, eliminating the limits on the number of students attending the courses."