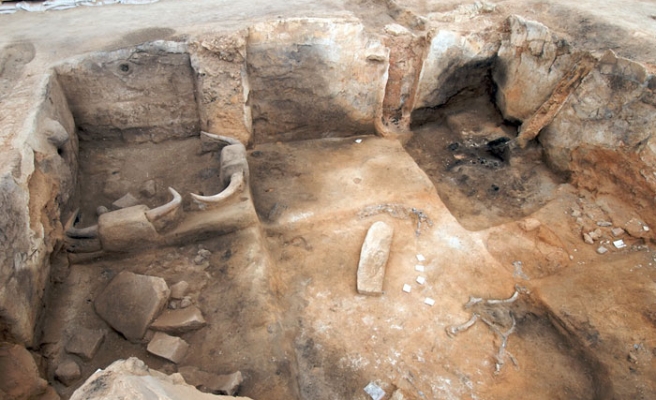 The site contains much evidence from the transition period in which villages gradually transformed into urban centers and contains “18 levels of Neolithic occupation” and shows various cultural practices dating back to Chalcolithic period, according to UNESCO's website. With Çatalhöyük' addition to the UNESCO World Heritage List, the number of sites in Turkey included on UNESCO's World Heritage List has increased to 11.

In addition to being an archeological site, Çatalhöyük is a major tourist attraction that features several wall paintings, sculptures and ornaments, such as bracelets and necklaces, all of which can be seen by visitors. Testifying to a rich cultural era, the site also includes a section of several Neolithic-era houses all standing very close to each other and which have roofs that served as both windows and doors, as the inhabitants seem to have entered their homes through the roof.

In May of last year, the Ministry of Culture and Tourism applied to UNESCO for several more historic and cultural sites to be added to the World Heritage Tentative List. Göreme National Park and the Rock Sites of Cappadocia, the Great Mosque and Hospital of Divriği, certain historic areas of İstanbul and the Hittite capital of Hattusha are among the Turkish historical and cultural sites currently on the World Heritage List.