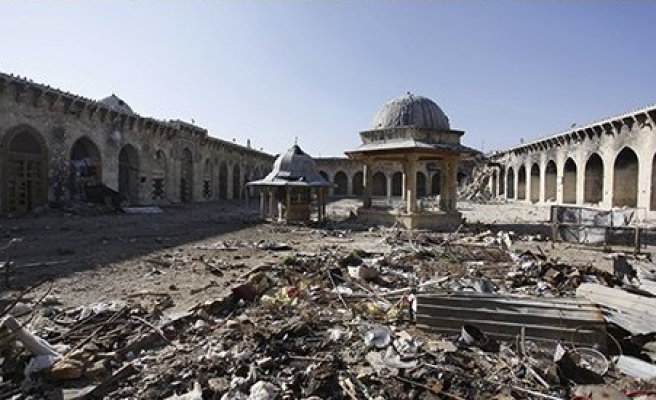 The United Nations' World Heritage Centre UNESCO has called for the creation of “protected cultural zones” around sites in Syria and Iraq as violence and war have left most of their cultural heritage and diversity damaged.

Irina  Bokova, UNESCO Director-General made the call on Wednesday at the opening ceremony of an international conference on the subject in the French capital of Paris.

She said the Syrian city of Aleppo, and especially its Omeyyad Mosque, would be an example of the type of iconic site which could come under the new designation.

She also denounced the persecution of minorities, attacks on cultural heritage and illicit trafficking in cultural properties as “part of a strategy of deliberate cultural cleansing through exceptional violence."

Bovoka said: "There can be no purely military solution to this crisis. To fight fanaticism, we also need to reinforce education, a defense against hatred, and protect heritage, which helps forge collective identity."

Her call was endorsed by United Nations Secretary-General Ban Ki-Moon, who told conference delegates: "The protection of cultural heritage is a security imperative."

Sheikh Humam Hamoudi, the Iraqi parliament's First Speaker, called for his government’s support for cultural diversity and pluralism in "all areas" including the media.

Delegates also called for an end to impunity towards deliberate attacks on cultural heritage, which is recognized as a war crime under the Rome Statutes of the International Criminal Court.

Many experts have described the damage suffered in Aleppo, an ancient trading terminus and Syria’s largest city, as "a catastrophe".