UNESCO declared 2007 as the Year of Jalal al-Din Rumi to celebrate the 800th anniversary of his birth. 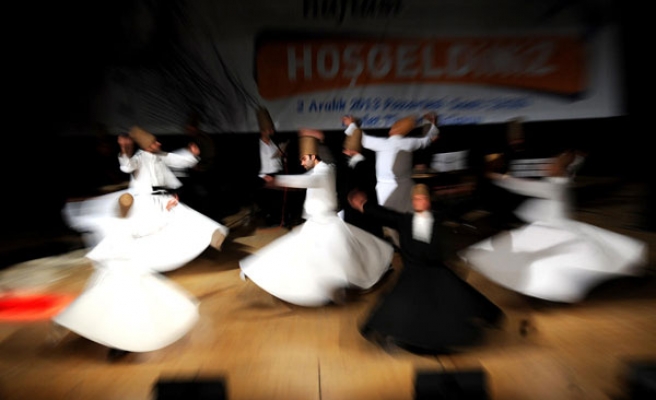 The Vatican's Cancelleria Palace hosted the traditional ceremony of Sufi whirling dervishes for the third time in its history on Wednesday.

UNESCO declared 2007 as the 'Year of Mevlana' to celebrate the 800th anniversary of his birth and since then, another ceremony took place in 2010 to commemorate the birth of Jalal al-Din Rumi, a prominent scholar who summarized his philosophy by the words, "raw I was, cooked well, burnt I got".

What does the Sufi whirling ceremony mean?

The traditional ceremony of Sufi whirling becomes an effective tool, albeit superficial, to spread Rumi’s influence.

The event relates felicitously to the spiritual journey it represents - a cycle of separation from and reunion with the Almighty God.

The ceremony known as 'Sema' became synonymous with the Mevlevi Order - the oldest ritual of the Order. Accompanied by music and systemized by specific rules, the “whirling” act is a spiritual practice which aims to abandon the ego and focus on God.

As the spinning dancers turn anti-clockwise, the act symbolizes the imitation of planets in the Solar System orbiting the sun, in their quest for a transcendental encounter with God. They slowly unfold their arms with one facing up toward the divine presence and the other looking down at the earth.

A message of tolerance can be propagated through the visual symphony in a manner more powerful than many others, a message enshrined in Rumi’s words: