Iranian violin virtuoso Farjad: “I’d like to live in Konya, Turkey very much. It's because I want to be very close to Jelaluddin Rumi who is one of my inspirational sources in life. After my death I want to be buried somewhere close to his tomb in Konya.” 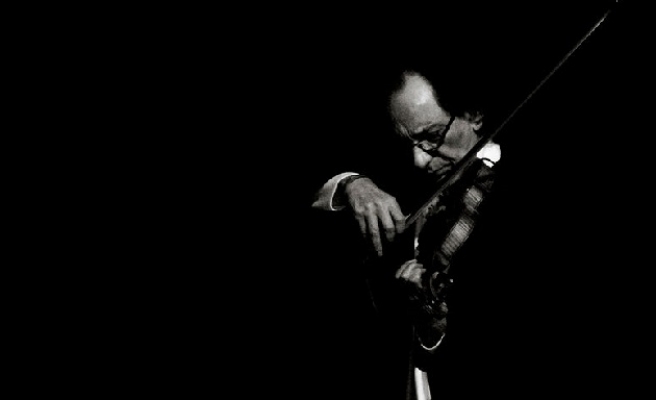 “One of my biggest wishes is to draw my last breath in Turkey,” Iranian-born violinist Farid Farjad, said.

Farjad will perform in Istanbul within the "Avea Extraordinary Music Concerts" on February 28.

Tehran-born American musician who was exiled after the Islamic Revolution of Iran in 1979 said: “I’d like to spend the rest of my life in Turkey, especially in Konya. I am working on legal procedures to be a Turkish citizen.”

“I want to be very close to Jelaluddin Rumi who is one of my inspirational sources in this life. After my death I want to be buried somewhere close to his tomb in Konya,” he said.

Stating that there are many common feelings between Turkey and Iran, Farjad said that both cultures share a strong sense of grief and sorrow, which can be clearly seen in both cultures and people.

“You can hear different colors of sorrow and grief in Turkish instruments. As two countries that were oppressed some time in history they have so many feelings and emotions in common. This is why I think I am so popular in Turkey. But Turkey is different today, with its democracy and economy flourishing. Turkey has become a place where everybody can express his religious and political opinions. However, we still have to deal with the same problems in Iran,” he claimed.

Being forced from Iran and having lived in the West, who welcomed him in after exile, Farjad says that the experience has not contributed to the style of his music.

“Everybody thinks I improved my music after I moved to a Western country, but I was already one of the most important violin virtuoso’s in my country, and I was violin virtuoso of the Iran Symphony Orchestra”

“I had studied western classical music long before. I used to listen and study Mozart, Tscaykovski, and Beethoven classics. That’s why starting a new life in a Western country had no influence on the quality of my music except my feelings. Being an exile totally changed my emotions and my inner world. I became a different person in that sense,” he continued.

Asked about his take on social media as an inevitable part of our daily life in today’s world, Farjad said that he doesn’t feel like it’s an outlet he needs.

“However I regard social media as significant. It plays an important role today in many aspects. Lots of things are being run through it and it gives you a chance to find out things that are inaccessible. As for me, it scares me. I mean it can ruin my state of spiritual mind and inner world. I just keep my two violins and a notebook beside me. They are all I need to live with.”