A project led by the Turkish Cooperation and Development Agency, which has been promoting the Turkish language and study of Turkology abroad since 1999, has been handed over to the Yunus Emre Institute. 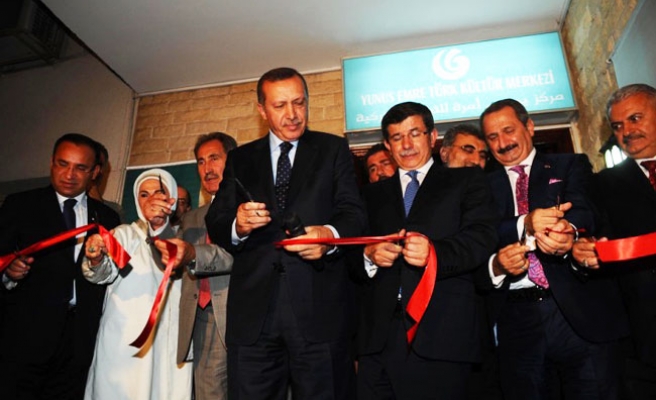 A project led by the Turkish Cooperation and Development Agency (TİKA), which has been promoting the Turkish language and study of Turkology abroad since 1999, has been handed over to the Yunus Emre Institute.

The Yunus Emre Institute took over the project from TİKA at a ceremony on Tuesday during which a protocol was signed between two institutions. The institute also has plans to conduct further research to expand the use of Turkish and hire scholars working in the field of Turkology to carry out research on linguistics and ethnology of the Turkic languages and people.

Delivering a speech at the ceremony, Professor Ali Fuat Bilkan, head of the Yunus Emre Institute, stated that Turkology had for a long time remained a marginalized discipline, which disrupted the learning of Turkic culture and linguistics abroad for decades because academics and officials showed little interest in the field. Bilkan stated that there were not enough sources or people to carry out scientific research in the field in foreign countries. This has changed, however, in recent decades. "I especially thank those who contributed to the revival of the field as not only providing successful new studies in Turkic linguistics but also in convincing Turkologists abroad to help Turkey ensure its position in the new world order," Bilkan said.

Serdar Çam, the head of TİKA, also gave a speech and a briefing on the activities of the institution in the field of Turkology in which he cited some statistics.

TİKA has provided Turkish courses to 4,000 students yearly across 15 countries since 2001 under the Turkology project, according to Çam. The institution gave 18 Turkish workshops in 17 republics, two of which were semi-autonomous, and employed 77 academics at 19 Turkology institutes and six Turkish Cultural Centers during the 2010-2011 academic year.

TİKA has also been in cooperation with universities in non-Turkic countries to improve cultural dialogue via student exchange programs. Çam added that TİKA had opened Turkish language departments at several universities, not only in neighboring countries but also in the Balkans and in Africa. The basic needs and materials of the Turkology institutes in those universities have been met by TİKA, Çam stated.

In what was an emotional speech, Çam also underlined that TİKA had gone to great lengths to revive Turkic linguistics abroad with the project. He said the mission continues to promote the study of Turkic linguistics and ethnography thanks to TİKA's undeniable contribution to the field.

The main objective of the Turkology project is to promote and expand the use of the Turkish language abroad, which Prime Minister Recep Tayyip Erdoğan announced was a major goal at the opening of the Cairo branch of the Yunus Emre Institute during his visit to Egypt last week.

The Yunus Emre Institute is a government organization that aims to promote Turkish language and culture under the umbrella of the Yunus Emre Foundation.

TİKA is also a government organization and is a department of the Prime Ministry that designates development projects in various sectors of the economy in the developing world by providing know-how, personnel training and technical equipment.