Opened at a former factory in Gaziantep, the "Zeugma Mosaic Museum" cost about $50-55 million. 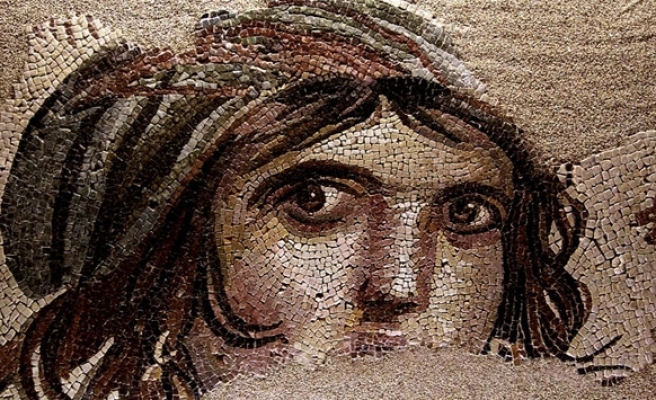 World's number one mosaic museum was inaugurated in Turkey's southeastern province of Gaziantep on Friday.

Speaking in the inauguration ceremony, Turkish Prime Minister Recep Tayyip Erdogan said his government was trying to create a symphony, and he wanted Turkish citizenship and nation to be enriched by different languages and cultures.

Turkey's Culture & Tourism Minister Ertugrul Gunay said Turkey was situated on the richest soil in the world, and Turkey also ha a rich history and geography.

Opened at a former factory in Gaziantep, the "Zeugma Mosaic Museum" cost about $50-55 million.

Some 1,700 square metres of mosaic unearthed in the ancient city of Zeugma, will be on display in the museum.

The biggest museum in the history of the Republic of Turkey also outpaced the Bardo Museum in Tunis, which was considered the world's biggest mosaic museum.

The three-storey museum has an exhibition area of 30,000 square metres.

The museum also includes the special room built for Mainad Mosaic, which has been etched into people's minds as the "Gypsy Girl".

The special room takes place in the first section on the second floor. It is shaped like a labyrinth. The lighting inside specifically emphasizes the melancholy gaze of the Gypsy Girl.

The museum was opened to visitors on July 18 drawing a number of Italian, French, German and Japanese tourists.