"Indeed in many ways America's current trajectory seems like a speeded up version of the Ottoman movie." 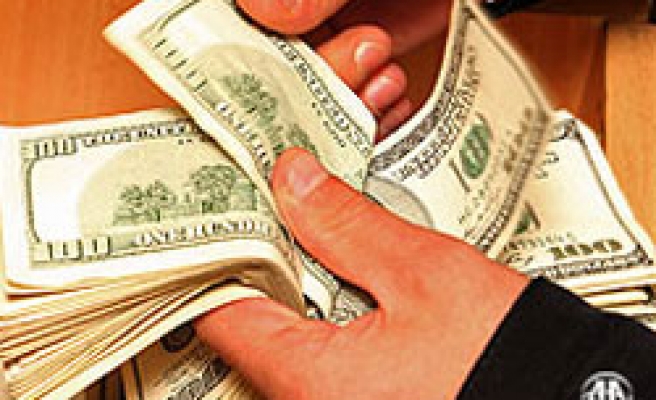 How to Lose an Empire

2. Which Great Power first resorted to spiraling foreign indebtedness to pay for its wars?

If you guessed such latter-day globalizers as the United States or Britain, you flunked. The correct answer in each case is the Ottoman Empire.

During much of its existence of more than six centuries, the empire arguably ranked as the world's top power, but this did not stop its eventual collapse in 1922-23. For anyone concerned about America's future, the implications are thought provoking. Indeed in many ways America’s current trajectory seems like a speeded up version of the Ottoman movie.

Although the Ottomans were never as rabidly ideological in their trade views as the editorial board of the Wall Street Journal, they diverged sharply from the systematic mercantilism that marked the rise of Europe in early modern times. Their import tariffs were relatively low and Ottoman policymakers took a "don't worry, be happy" view of the empire's rising trade deficits in the mid-19th century. In so doing, they eerily anticipated similar insouciance in Washington in the last three decades.

Of course, the analogy should not be pushed too far. Trade was not the only factor in the empire's ultimate fate. A particularly problematic political culture bears much blame. Although the Ottoman sultanate functioned much like the monarchies of early modern Europe, there was one important difference: the Ottomans did not believe in primogeniture. After a reigning sultan passed on, it was not just brother against brother but brother against half-brother, with various mothers and other female partisans pulling strings from behind the harem curtains.

The process by which Selim I succeeded in 1512 was especially memorable. He felt it necessary to kill not only all his brothers but all their sons. Nothing if not thorough, he went on to grease the skids for Suleiman, the ablest of his own sons, by killing the latter's four brothers. Selim was to become known to history as Selim the Excellent and his son as Suleiman the Magnificent. So much for Ottoman civilization at its apogee.

As the years went by, the more bloodcurdling aspects of the Ottoman political tradition were reined in, but even as late as the mid-19th century, the empire's administration remained unaccountably and, far too often capriciously, authoritarian. Meanwhile, the lack of a primogeniture tradition proved a stumbling block in a different way: by retarding industrial development. Whereas in Europe, a company founder typically bequeathed his business in its entirety to his eldest son, successful Ottoman businessmen often divided up their businesses among many heirs. Whatever else might be said about the European practice, it was more conducive to the emergence of massive, often globe-spanning, corporations.

Such nuances aside, several aspects of the Ottoman approach to economics seem highly relevant to recent American experience. Already by the early 1840s, the Sublime Porte, as the Ottoman government in Istanbul had become known, signed what amounted to one-way free trade agreements with several of the European powers. It renounced its right to levy anything more than nominal tariffs on imports, yet secured no similarly favorable treatment for its own exports in return. The parallel with Washington's post-World War II trade diplomacy in East Asia is hard to miss.

The agreements set in stone the Ottomans' longstanding import-friendly tradition. The timing was crucial: the Ottomans contrived to have their hands tied just as international trade was moving decisively to the fore as a determinant of a nation's economic performance. Previously, in an era of craft industries and generally prohibitive transportation costs, trade had played a minor role, particularly in the case of larger nations. By the 1840s, the Industrial Revolution and the concommitant development of more efficient transportation methods had transformed manufacturing economics: suddenly economies of scale assumed a mission-critical role. Thus those nations that contrived, by hook or by crook (not least by skillful or coercive trade diplomacy), to find the largest possible markets for their industrial products enjoyed a distinct advantage. Such nations notably included Britain, which notwithstanding its later Pauline conversion to free trade deployed intelligently conceived protectionist methods to jump-start new industries in the most dynamic phase of its rise in the first half of the 19th century.

Ottoman officials discovered too late that they had painted themselves into a corner. As cut-price imports flooded in from Europe's increasingly efficient new factories, the empire was prohibited from using high tariffs to build its infant industries. For the first time in its history the empire's trade plunged deeply into the red. The situation deteriorated so rapidly that by 1854 the Sublime Porte was forced to seek help abroad in the form of a loan raised in London.

It was the first foreign loan in the empire's history, but soon foreign borrowing became a way of life. Then, with its bargaining position severely weakened by chronically poor trade performance, the empire was pressured in 1881 into handing over almost complete control of its remaining tariffs to European officials. European investors were granted a major role in running Ottoman industries, most notably tobacco, and developing railroads and other modern infrastructure. Basically the Sublime Porte had lost control of its destiny.

Trade apart, the empire's outsize military expenses speeded the outcome. Indeed, seen from the vantage point of the 21st century, the empire's history seems to have consisted of little more than war. And it was the need to finance its participation in the Crimean War—which broke out in 1853 and is widely considered the first modern war—that proved the last straw in forcing a resort to the London financial markets.

The parallel with the United States is hard to miss: after all, since the 1930s, there has been only one decade—the 1980s—in which the United States has not been involved in at least one significant war. Except for World War II, moreover, these wars have seemed at best only tenuously connected to America's vital interests. Worse, they have tended gratuitously to undermine the nation's economic fundamentals.

By comparison, the Ottomans at least seemed to have had some reason to go to war. In entering the Crimean War, for instance, the empire was responding to a Russian attack on its territory.

What is clear is that military activities constituted an increasingly onerous burden for the Ottomans from the 1850s onwards. As documented by Murat Birdal, author of a new book on late-era Ottoman finances, military needs were behind major foreign issues of bonds in 1877, 1888, 1896, 1905, 1913, and 1914. Meanwhile, other bond issues were constantly required merely to repay debt incurred in funding earlier military activities.

Again the parallels with America’s recent history are striking: a key reason Washington has become increasingly indebted to Japan, China, and Germany in the last 30 years has, of course, been the financial burden of defending a vast quasi-empire at a time when the export industries have faltered.

Perhaps the most egregious parallel between Istanbul then and Washington today is in the treatment of exporters. Far from encouraging them, the Ottoman empire seemed to go out of its way to hobble them with special tariffs on exports. Of course, such tariffs had been a common feature of the tax systems of many nations in preindustrial times. (They had the virtue of being relatively easy to collect.) But they had been abandoned by more enlightened governments as the Industrial Revolution began. In the Ottoman empire, by contrast, they continued to be levied for nearly a century longer. Ottoman officials did not come to appreciate the full implications until the empire had fallen far behind the European powers in industrial prowess.

As for the United States, there may be no special taxes on exports these days, but, all but overlooked by most observers, the U.S. tax system nonetheless contains a hidden and quite marked anti-export bias. As economic commentator Pat Choate pointed out in his 2009 book, Saving Capitalism: Keeping America Strong, this stems from the fact that while most other advanced nations have abandoned sales taxes in favor of a value-added tax, sales taxes persist as a central pillar of U.S. taxation. The interaction between the two systems puts American manufacturers, and particularly those who export, at a significant disadvantage. This reflects the fact that, whereas in VAT systems, manufacturers are granted rebates on exports—this is legal under World Trade Organization rules—no similar break is available under a sales-tax system. The effect is that American exports contain a "baked-in" element of sales taxes that, particularly in the case of price-sensitive products, can be a decisive disadvantage in global competition.

So much for the parallels between the Ottoman empire and the United States. Now for a difference: the speed of financial implosion. This has been astoundingly faster in America's case. After all, it seems only yesterday that the United States bestrode the world as the greatest creditor nation in history. With hardly a second thought, the U.S. government not only found the money—entirely internally, of course—to fund the massive rearmament program that won World War II, but afterwards advanced huge sums to jump-start other major nations' postwar recoveries. Thereafter, until well into the 1960s, the American economy remained so strong that the cost of maintaining a vast global network of military bases seemed readily manageable.

By the 1970s, however, the bloom was off the rose: a trade crisis in 1971-72 forced the United States off the gold standard, and the U.S. Treasury began to rely ever more heavily on foreign money to fund its deficits. A decade later—in the last years of the Reagan administration—the United States had become the largest debtor nation in history. And that was still in the good old days when American policymakers continued to harbor hopes of eventually stopping the rot. Since then, on the strength of catastrophic policy mistakes by Bush I, Bill Clinton, and Bush II, the situation has spun completely out of control.

Not to put too fine a point on it, we are witnessing probably the fastest economic implosion of any major nation in history. By comparison, the pace of Ottoman decline was gentle indeed. As measured both by its geographical reach and its relative technological sophistication, the empire probably peaked as early as the latter half of the 16th century. For a long time thereafter, its decline remained almost imperceptible, not only to its own subjects but even to well informed diplomatic observers. At least where military technology was concerned, the empire remained a first-rank power into the early decades of the 19th century. As late as 1829, it launched the Mahmudiye, which for many years held the record as the world’s largest warship. The first indisputable indication that the empire was in trouble did not come until the 1854 decision to borrow abroad. This was more than 250 years after the empire had reached its apogee. The United States “accomplished” a similarly melancholy transition from global leadership to overt financial dependency in little more than one-tenth the time.

Perhaps the most worrying aspect of America's situation is the extent to which U.S. export industries have become hollowed. One number sums up the problem: as of 2008, the last "normal" year before the global financial crisis distorted everything, the U.S. current account deficit came to 4.9 percent of GDP, up from 1.9 percent in 1989. Although full figures are not available, it seems clear that the Ottoman empire began incurring trade deficits on America's recent scale only in the final decade before the ultimate collapse.

Eamonn Fingleton is the author of In the Jaws of the Dragon: America's Fate in the Coming Era of Chinese Dominance.