US Republicans are discussing possible outcomes of an Israeli attack on Iran. 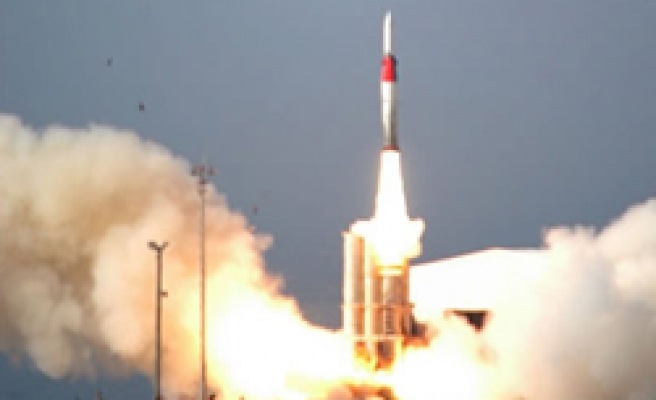 
Jamal Abdi at HuffPo explains that almost a third of Republicans in the House have signed on to a resolution urging Israel to attack Iran.

The National Iranian American Council has a petition you can sign calling on minority leader John Boehner to repudiate this measure.

The move is reminiscent of the 1998 letter the Project for a New American Century signatories sent to President Clinton, putting pressure on him to initiate war on Iraq. They did maneuver him into pulling out UN weapons inspectors and bombing Iraq. The US removal of the inspectors made the West blind as to the lack of Iraqi weapons programs, since their absence could no longer be certified. In turn, Iraq’s opaqueness as a result of the Clinton actions allowed the Bill Kristol crowd and the rest of the Israel, war industry and oil lobbies to propagandize America into the fruitless and ruinous Iraq War. Now they are repeating this pattern with regard to Iran.

Think about how weird it is. Nearly half of Republicans in the House are from the South, which has relatively few Jewish Americans. So this resolution is likely emanating from the Christian Zionists like John Hagee (who once said that God sent Hitler to punish the Jews for being outside Israel). It is not impossible that the people behind this resolution are fervently hoping for the Judgment Day to come more quickly and look forward to a Middle East apocalypse as a step toward the Return of Christ and the end of that pesky but temporarily necessary Judaism. In other words, for these right wing Americans to call for Israel to go to war on behalf of America is just one more case of white Christians sacrificing Jews for their own interests and is a form of anti-Semitism.

The likely outcome of an Israeli military strike on Iran is as follows:

Iran will use Shiite operatives and militiamen to kill the increasingly vulnerable remaining US troops in Iraq (once there are less than 50,000 non-combat troops in that country, they are not troops, they are hostages).

Iran will stir up its substantial number of clients in Afghanistan to hit the United States, widening the insurgency from mainly Pashtun Taliban to include fundamentalist Tajiks and Hazaras. The US will remain mired in that war, perhaps for decades, as a result.

Iran will probably bide its time and act in covert and hard to trace ways against US interests in the region. There could be more operations like the Khobar Towers bombing of US troops in Saudi Arabia or the 1983 attack on a Marine barracks in Beirut. All US commercial and government offices in the region would become targets.

A fair likelihood exists that Hizbullah would do something to Israel in revenge, possibly provoking another Israel-Lebanon War. The last war did not go well for Israel, despite its massive military superiority. A fourth of Israelis were forced to move house, chemical gas facilities in Haifa were threatened (and the Dimona Nuclear plant that makes all those Israeli nuclear warheads could be), and Hizbullah had broken Israeli radio encryption and knew all the Israeli army plans beforehand.

Not only would the democratically inclined opposition movement in Iran evaporate, but Muslim fundamentalists in Egypt, Jordan and other US allies would mobilize and perhaps gain in popularity out of anti-imperial solidarity. (Only 6% of ordinary Arabs is worried about an Iranian nuclear bomb, whereas almost all are disturbed by Israel’s treatment of the Palestinians).

The price of oil would spike, likely to 2008 highs of $140 a barrel, throwing the world back into Depression.

Once such hostilities began, and given these likely responses, the US could well get sucked into a third major Middle East war, against a country geographically much bigger than either Iraq or Afghanistan, and more than twice as populous as each of them. At another $1 trillion, that cost would push the US into $14 trillion in indebtedness all by itself, and since that is American annual gross domestic product, it could trigger a downgrading of American credit, making the interest servicing on existing and future loans far more expensive and, along with crippling high oil prices, beginning America’s final spiral down into poverty and weakness.