When is next mass murder?

Jeff Gates asks when the next mass murder will be, nuclear or conventional one? 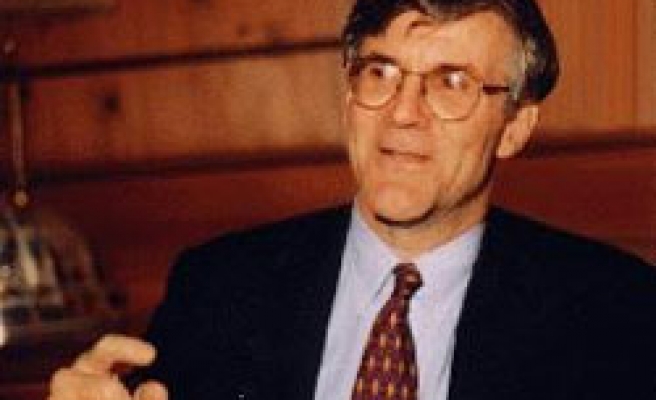 When Will We See the Next Mass Murder?

Here’s a news flash for Tel Aviv: it’s not a sign of respect when the bulk of humanity views you as psychopathic.

The concerns of Prime Minister Benjamin Netanyahu are misplaced. The legitimacy of Israel is no longer threatened. It’s already lost. Long gone. Kaput.

Nation states are shared states of mind. The mindset in Iceland differs from India. Israel is the most unlike of all. Founded by extremists and terrorists, it’s been downhill ever since.

Psychopaths want to be loved. That’s why they’re so charming, albeit only superficially. They’re also pathological liars, egocentric, callous and remorseless.

Those qualities have long been familiar to Israel’s neighbors, particularly the Palestinians. After WWII, Harry Truman was charmed into treating this extremist enclave as an ally.

That decision may well go down in history as America’s greatest mistake.

Though we’ve served for 62 years as Israel’s patron, pocketbook and apologist, the respect and affection has flowed in only one direction.

Psychopaths should not be confused with megalomaniacs. The mental states are quite different. Megalomaniacs seek to be feared, not loved. Control is the common trait.

That not-so-subtle distinction matters, at least for those of us who are not dual citizens.

For instance, it’s now known that Israel and its advocates fixed the intelligence that took us to war in Iraq. That fact is no longer in dispute.

That fact alone confirms the split personality evident in the shared state of mind we call Israel. Those who share that state charmed us into committing our blood and treasure for goals long sought by Israel. That’s the psychopath component.

The megalomaniac component felt they had a right to make us fearful. As Chosen (by a god of their own choosing), devotees of this shared mindset truly believe it’s their right to deceive. Those complicit see themselves as “of us but above us.”

When we dispatched our military to pursue their goals, Americans were killed and maimed as we borrowed our way into a fiscal morass from which there’s no clear route to recovery.

Score another victory for the U.S.-Israel special relationship.

Why Don’t Americans Get It?

Nothing about this “state” is legit. Never was. Its founding traces to a multi-decade reign of terror built on a phony historical foundation. Even the most dull-witted now question how Israel came into being. And why the U.S. ever deemed it special.

Americans are learning to fear Israel—as they should. A few of us remain charmed—despite the facts. For the True Believer, facts are likely to remain irrelevant.

Those familiar with the facts know better. Thus the fast-growing concern that troublesome behavior patterns are emerging once again.

Those most knowledgeable are deeply concerned about recent events.

On August 26th, a leaked memo from the Central Intelligence Agency cited American Jews as exporters of terrorism. Then came the news on August 30th from Sephardi chief Rabbi Ovadia Yosef who urged that Palestinian leader Mahmoud Abbas “vanish from our world” and that “God strike (Palestinians) down with a plague.”

Neither story gained traction in mainstream U.S. media. Instead, news coverage was reserved for August 31st when four Israelis were shot dead in the West Bank.

The most lethal attack in four years—blamed on Hamas—occurred just hours before Netanyahu’s scheduled meeting with Hamas leaders and Secretary of State Hillary Clinton.

The timing revived memories of the many well-timed “incidents” during the reign of Prime Minister Ariel Sharon. No one dares suggest that Tel Aviv may be the source of this latest incident. Yet consider just a few of the many precedents:

The Source of Terror

What happens to Israel’s fast-fading legitimacy if the fear of terrorism—all of it—traces back to those long known for their expertise at waging war “by way of deception.” That’s the founding credo of the Mossad, Israel’s foreign operations directorate infamous for its worldwide expertise as an agent provocateur.

Would a state founded by terrorists resort to terror to sustain a narrative essential to its survival? Would Tel Aviv again deceive the U.S. to pursue its expansionist goals?

Zionist media mogul Haim Saban spoke candidly when, in the May 10th issue of The New Yorker, he boasted of “three ways to be influential in American politics:” make donations to political parties, establish think tanks and control media outlets.

His only omission: terror.

Was this dual citizen conceding how the U.S. was induced to war—for Israel?

Was he describing how Zionists shape U.S. policy—in plain sight?

Was he describing how psychopaths wage war on the U.S.—from within?

Was he divulging how megalomaniacs influence U.S. decision-making—with fear?

Americans have long been charmed by this “special” relationship. Now it’s time to be fearful. When a mental state of this malevolent sort becomes transparent and its operatives apparent, that’s when “psycho-megalomania” becomes its most dangerous.

Will we see another terrorist attack? You can bet on it. The only question is: When?

Special days are often chosen for special events. Will the next mass murder be on Rosh Hashanah (September 8th)? How about the ninth anniversary of September 11? Or Yom Kippur on September 17?

Will the next incident be nuclear or conventional? Will it be staged in the U.S. or the E.U.?

And most important of all: will it be blamed on Hezbollah or Hamas? Or will the “Pakistan Taliban” be portrayed as the requisite Evil Doer responsible for the next mass murder?

Jeff Gates is a widely acclaimed author, attorney, and is widely published in the trade, popular and academic press.