100 arrested in Pakistan ahead of banned kite festival

Popular Pakistani kite festival banned because of danger to children 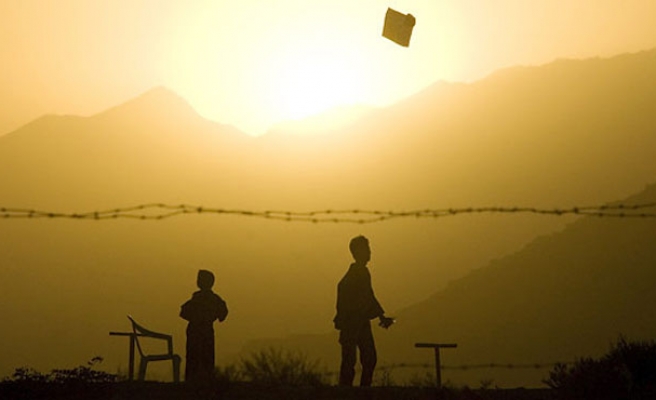 To enforce a ban on a more than century-old kite festival, Pakistan police have arrested more than 100 people for kite-flying.

Deaths caused by sharp strings used on the kites cutting throats meant the annual Basant festival, which welcomes in spring in the northeastern province of Punjab, has been banned for eight years.

Most of the deaths and injuries have been reported in Lahore, the country’s second largest city and cultural hub, where despite the ban many in the city still celebrate the February festival.

A Lahore police spokesman said in a statement that 99 “violators” of the ban on kite-flying have been detained in the last 24 hours.

Punjab Chief Minister Shahbaz Sharif warned on Monday that the concerned police officers would be held responsible if ban on kite-flying was flouted.

“This is an unjust decision. The government instead of taking action against those who violate the rules of kite-flying has completely banned a healthy sport,” said Mahfooz Ahmed, a student at the University of Engineering and Technology Lahore.

“I do not defend the throat-cutting incidents but it was an act of a handful violators. They must be taken to task,” he said, adding that the kite-making business provides livelihood to thousands of families and that a ban on the sport, particularly ahead of Basant, is tantamount to their “economic murder.”

The push against Basant came as the festival became increasingly popular in Pakistan, spreading from Lahore to other parts of the country.

Opponents of kite-flying call it a “blood sport” and demand the ban continues.

“This is not at all a sport. This is a blood sport,” said Ghulam Mustafa, a local businessman. “Aerial firing in densely-populated areas, and use of banned strings cannot be described as a sport, or at least a healthy sport.”