At least 100 people were injured when garment workers attacked factories and vehicles in Bangladesh in a second day of protests. 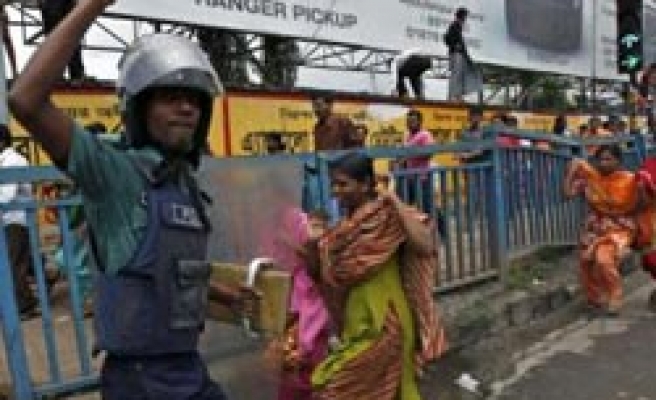 At least 100 people were injured when garment workers attacked factories and vehicles in Bangladesh on Saturday in a second day of protests to demand higher wages, police and witnesses said.

Police fired teargas, rubber bullets and used batons to disperse the protesting workers blocking two highways in the suburbs of the capital Dhaka.

This week the government set the minimum monthly wage to 3,000 taka ($43) but workers are demandinging 5,000 taka.

"Several policemen were also injured, as they clashed with workers, trying to dispel attacks on their vans," said a reporter on the scene.

Protesters also blocked a highway at Fatulla, 16 km east of Dhaka on Saturday. Most of the garment factories in Dhaka were closed after Friday's unrest.

Garments account for more than 80 percent of the impoverished country's annual export earnings of $16 billion.