Huge mounds of earth slipped off a hillside Saturday morning and buried the men as they worked on two apartment blocks of affordable housing on the island, which is popular with tourists. 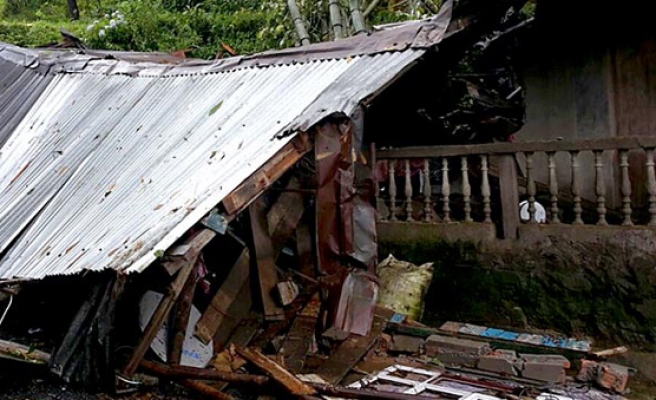 Eleven people, mostly foreign workers, were killed in a landslide at a construction site on Malaysia's Penang Island, officials said Sunday, as anger mounted among residents at the accident.

Authorities initially said that 13 foreign workers and a Malaysian supervisor were trapped under the mud and rubble at the site in Tanjung Bungah, north of Penang's historic capital George Town.

But fire and rescue department official Ervin Galen Teruki was cited by state-run news agency Bernama Sunday as saying that the total number buried was 11, as three workers had escaped.

The three who escaped when the landslide hit were sent to hospital for treatment.

Seven bodies had been found late Sunday, including two Bangladeshis, two Indonesians, two from Myanmar and one that was unidentified, Teruki said.

Many migrant workers are employed in low-paying, physically-demanding industries such as construction in Malaysia.

The landslide has sparked anger in Penang, northwest Malaysia, where concern had been mounting about rapid construction on the island's hills that critics say degrades the environment and increases the risk of such accidents.

Chief Minister Lim Guan Eng has pledged a state-level inquiry and said construction would be halted on the project until the probe was completed.

Penang Forum, a coalition of local civil society groups, said that it had repeatedly raised concerns about developments on the hills in the Tanjung Bungah area.

"The state tends to only listen to the developers. We need them to also listen to the average people here," forum spokesman Lim Mah Hui said.

Tanjung Bungah is home to beaches and hotels, and is popular with expatriate residents.