11 killed in coal mine explosion in China's southwest

The accident comes a day after 26 workers lost lives when a fire breaks out at coal mine in country’s northeast. 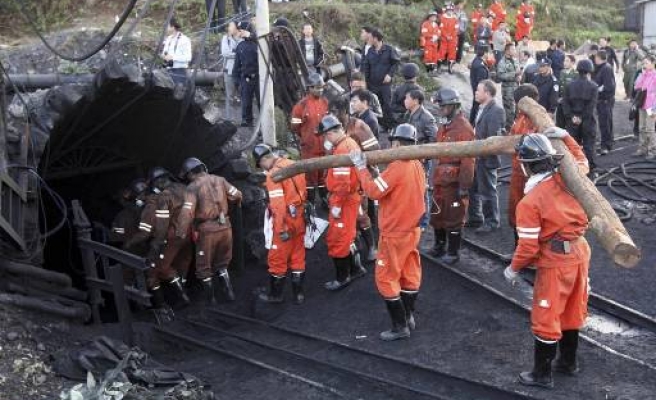 At least 11 people have lost their lives in a coal mine explosion in southwest China, one day after 26 workers were killed after a fire broke out at a mine in the country’s northeast.

The explosion occurred at Songlin coal mine in Guizhou Province early in the morning, according to state news agency Xinhua.

Of the 19 miners working underground at the time of the accident, eight were able to survive.

Investigations into the cause of the explosion are ongoing.

On Wednesday, the death toll from an underground fire in Liaoning Province rose to 26 after two more miners died at a hospital.

Xiinhua cited a hospital manager as saying that 30 of the 50 workers wounded in the incident were in serious condition - four suffering from life-threatening injuries.

A 1.6-magnitude quake had been monitored in a nearby city around an hour before the fire broke out.

Labor rights groups say accidents are under-reported as managers seek to limit losses and avoid punishment, meaning the death toll is likely to be much higher.

China is the world’s biggest consumer of coal, using it to supply two-thirds of its energy needs last year. The country produces more than one-third of annual global coal output but accounts for more than two-thirds of mining deaths around the world annually, Mining Technology reported earlier this year.

In June, 22 workers were killed in an accident at Yanshitai coal mine in southwestern China. Last month, 16 miners were killed when a colliery collapsed in western Xinjiang province.

The world’s worst coal mine disaster occured at Benxihu in Liaoning in 1942 when 1,549 miners working under the control of Japanese occupation forces died.