Gunmen sneaked into an Indian military camp in occupied Kashmir, killing 13 soldiers and police in their bunkers 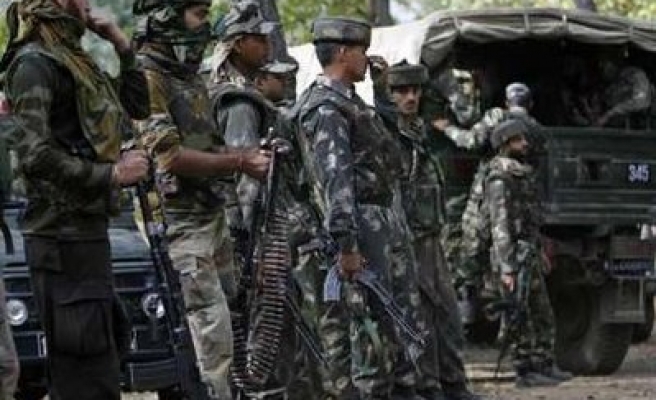 A major attack in Indian-held Kashmir has killed 13 members of Indian security forces and six fighters on Friday.

The Indian Army said eight soldiers and five policemen have been killed in the gun battle, which began when gunmen charged an Indian army camp in the heavily-fortified Uri area of northern Kashmir. The security forces have begun a search operation.

Several hours later, a gun battle broke out in Srinagar, the state capital where Prime Minister Narendra Modi is due next week on a campaign tour for a state election.

The latest attack took place in occupied Kashmir's Uri sector near the militarised border. Kashmiris are voting for a new state assembly in the occupied region, officials said, and the attack came just days before voting in the staggered election is due to be held in that sector.

The fighters cut through a wire fence around the small artillery camp and then fired rocket-propelled grenades at the security force men in their bunkers, an army officer said.

Soldiers killed six fighters earlier this week in nearby Kupwara as they crossed over from Pakistan, which the army said was part of a push to disrupt the vote.

Indian Prime Minister Narendra Modi's nationalist party is making its most serious bid yet to win power in the occupied state, banking on votes in the Hindu-majority Jammu and Buddhist Ladakh areas. It is also capitalising on the rise of independents and splits elsewhere in Muslim-majority Kashmir.

Independence movements have called for a boycott of the election.