13 killed in election violence in Pakistan 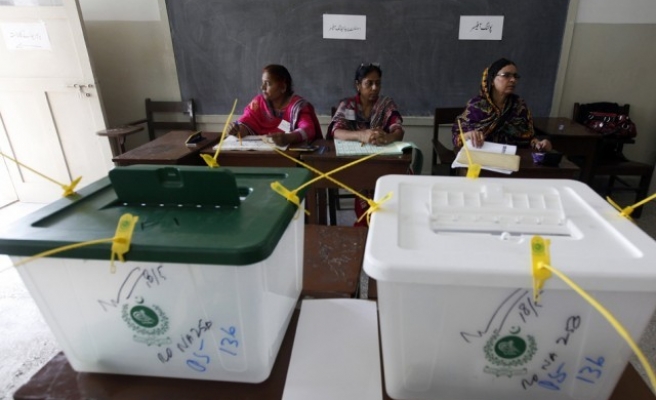 A deadly clash between two rival political groups during the local bodies elections in southern Pakistan has left 12 people dead and 15 others wounded on Saturday, police said.

Another person died in election-related violence in Faisalabad city, they added.

The clash occurred at a polling station in Sindh province’s Khairpur district located 450 km off the country's commercial capital Karachi, when the rival groups opened fire on each other following a verbal wrangling over rigging allegations.

Eleven people died on the spot, while another lost the battle for life at hospital, city police chief Pir Muhammad Shah told reporters.

The left-wing Pakistan People's Party (PPP) that rules southern Sindh province claimed the victims were its supporters. "The killers of our supporters have been identified, and raids are being conducted to arrest them," said Nisar Khuhro, a senior provincial minister and a PPP leader.

Meanwhile, several clashes have been reported between ruling and opposition parties’ activists during the first phase of the local bodies elections in Punjab and Sindh provinces.

Police said they had detained over a hundred activists from both sides for disturbing law and order during the electoral process. Initial results showed ruling Pakistan Muslim League of Prime Minister Nawaz Sharif and PPP led by former President Asif Zardari were in the lead in Punjab and Sindh -- their respective strongholds.