Sarah Belal, lead counsel for Justice Project Pakistan, said the government did not inform the families about the release and she feared the men may now be transferred to secret Pakistani prisons. 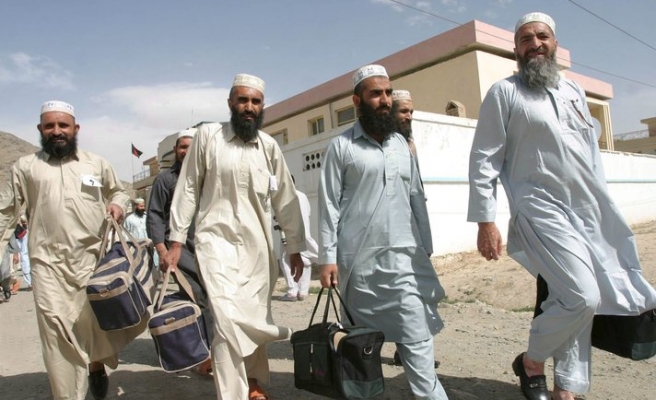 Fourteen Pakistani detainees were released from U.S. custody in Bagram Prison in Afghanistan and repatriated to Pakistan on Saturday, a Pakistani legal firm representing some of the prisoners said.

Justice Project Pakistan has been representing several Bagram detainees since 2010 in a bid to force the Pakistani government to bring them home.

So far no information has been provided by the Pakistani authorities on the names of the released detainees or their current whereabouts, said Sarah Belal, a lawyer with Justice Project Pakistan.

One of the released detainees is 29-year-old Abdul Halim Saifullah, Belal said, citing information from the Red Cross.

She said he disappeared nine years ago from the southern city of Karachi after dropping his father off at a hospital and has been detained in Bagram ever since.

Including the group released on Saturday, 39 Pakistanis have been released from Bagram in the past 10 months. At least one Pakistani is thought to still be in prison there, although the exact numbers are unclear since no official list has been provided since 2012.

Sarah Belal, lead counsel for Justice Project Pakistan, said the government did not inform the families about the release and she feared the men may now be transferred to secret Pakistani prisons.

"We still don't know about the whereabouts of the nine detainees released last month. The lack of clarity with today's tranche gives us reason to fear that they too may be held incommunicado by the Pakistani authorities," she said.