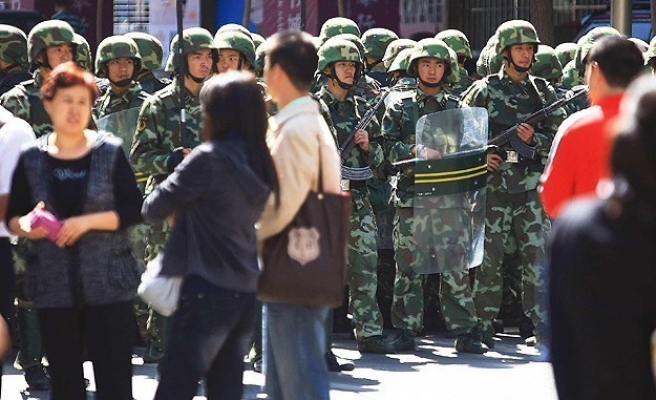 Chinese state news agency Xinhua reported Saturday that 15 people were killed and 14 others wounded in a bombing and knife attack in northwestern Xinjiang (East Turkestan) province.

Local news portal Tianshan cited authorities as saying a group set off a bomb they placed in a crowded village marketplace in Shache county at around 13.30 Friday and attacked passers-by with knives.

Of the 15 people who lost their lives, 11 were reportedly “assailants” killed by security forces.

The wounded have been transported to hospitals in the area for treatment.

According to police, a large quantity of explosive material and sharp objects were seized at the scene.

No details were given regarding the reason behind the incident or the assailants’ identities.

Last July, 96 people were killed when assailants armed with knives and axes attacked passers-by and stormed a police station and government buildings in the townships of Elixku and Huangdi.

The death toll consisted of 37 civilians and 59 attackers gunned down by police, according to state media.

A Chinese court sentenced 27 other suspects to death in October over their alleged involvement in the incident.

A yearlong ‘’anti-terrorism’’ campaign -- focusing on Xinjiang, home to the Uighur Muslim ethnic group -- was launched by China’s central government on May 23 and will be in effect until June 2015.

Uighurs, a Turkic group which constitute around 45 percent of the population of Xinjiang, are accusing China of carrying out repressive policies that restrain their religious, commercial and cultural activities.