The accident occurred Saturday night as the driver of the heavy duty articulated truck lost control on a downhill stretch of expressway and collided with cars lining up at a toll booth, Lanzhou's propaganda department said. 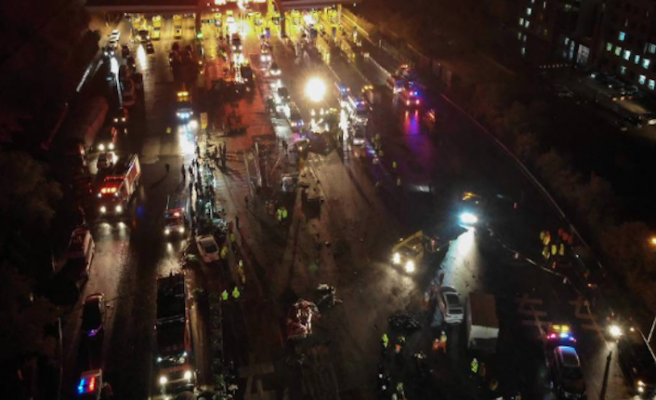 An out-of-control truck ploughed into a 31-car lineup in northwest China killing 15 people and injuring 44, authorities in the city of Lanzhou said Sunday.

The big rig driver Li Feng was put under investigation and police watch, according to the official news agency Xinhua.

The semi-trailer was registered to Li's home northeastern Liaoning province, more than 2,000 kilometres from the scene of the accident. It was Li's first time driving the stretch of road, the China Daily said.

Deadly road accidents are common in China, where traffic regulations are often flouted or go unenforced.

Last week a scuffle between a bus driver and a passenger caused a bus to plunge from a bridge into a river in southwest China, killing all 15 people on board.

According to authorities 58,000 people were killed in accidents across the country in 2015 alone.

Violations of traffic laws were blamed for nearly 90 percent of accidents that caused deaths or injuries that year.