1.6 billion in Asia-Pacific at risk of extreme poverty

The Asian Development Bank said around 733 million people in Asia-Pacific live on US$1.25 a day - the extreme poverty threshold. 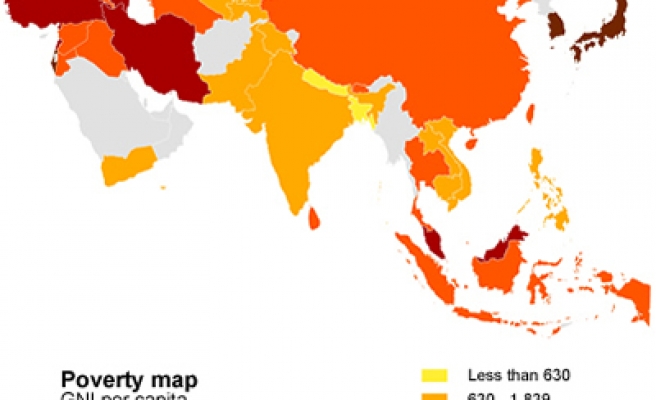 The latest Asian Development Bank (ADB) report says 1.6 billion people in the Asia-Pacific region are at risk of being pushed back into extreme poverty.

The report released Thursday said, "They are constantly at risk of being pushed back into extreme poverty through loss of employment, health problems, prolonged recession, inflation, crop failure, disasters or social upheaval."

“Asia-Pacific is home to 60 percent of the world's extreme poor. Around 733 million people in Asia-Pacific continue to live on US1.25 dollars a day - the threshold for extreme poverty,” it added, noting that high food prices remain a major source of vulnerability for the poor, who devote over half their income to food.

ADB said it is realigning its operations to emphasize inclusiveness, build resilience and strengthen support for middle-income countries.

The Manila-based lender said it would continue to focus on infrastructure as it plays a "critical" role in reducing poverty and promoting inclusive growth, while also doubling its investments in health and education.