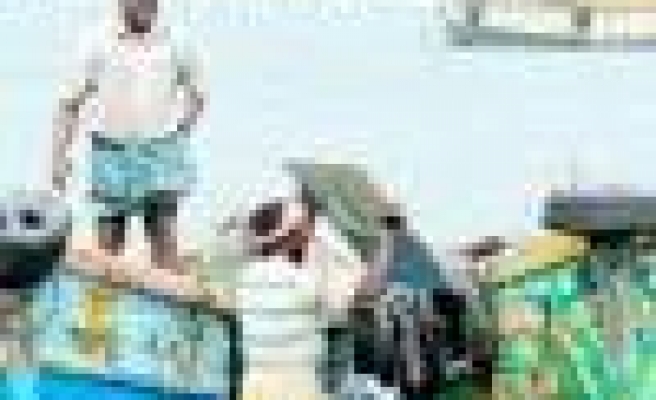 The fishermen had been behind bars for different periods in a Karachi jail. They will be handed over to Indian authorities at the northeastern Wahga border near Lahore on Monday.

The two countries often arrest fishermen for violating each other's seawaters due to poorly-marked water boundaries and ill-equipped boats that lack the technology to specify exact locations.

According to the foreign office, the two nuclear rivals still hold over 300 prisoners each, mostly fishermen, in their respective jails.

Long-standing strained relations between the two neighbors keep prisoners in jail for longer periods, and in some cases, even after the completion of their terms.

Political analysts see the latest development as good news for improving relations between the two countries.

"This is a welcoming sign and I am sure India will pay Pakistan back in the same coin," Shujauddin Qureshi, a Karachi-based political analyst, told The Anadolu Agency. "At a time when the two countries are exchanging fire on the border, the release of Indian prisoners is good news, not (only) for the fishermen's families, but for the peace-loving people of both countries."

India had suspended negotiations after the Pakistani High Commissioner to New Delhi held a meeting with Kashmiri freedom leaders.