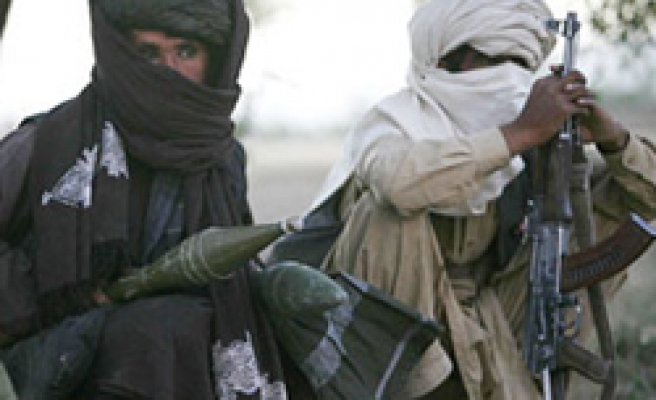 Taliban detonated two powerful truck bombs outside the office of Afghanistan's spy agency and a police compound in the central town of Ghazni on Thursday, killing 18 people and wounding around 150, the provincial governor said.

The attack, the biggest in recent weeks, comes days after the National Directorate of Security, the intelligence arm that is leading the fight against the insurgents, was targeted in the east.

Ghazni provincial governor Musa Khan Akbarzada said a team of 19 insurgents was involved in the attack which also targeted a quick reaction team housed in the police compound. The explosions which shattered windows in the town were followed by gunbattles with Afghan forces, he said.

The attack in Ghazni, one of the provinces that surround the capital city of Kabul, is the latest in a series of offensives launched by the Taliban in the summer fighting season.

Fighters have carried out complex attacks on government installations, including in Logar and Wardak provinces which are the gateways to the heavily guarded national capital.

Afghan officials have in the past blamed such truck bombings near the capital on the Haqqani network.

Akbarzada said the attackers drew up outside the two government offices early on Thursday. "The bombs were so powerful that many civilians were wounded because of falling roofs and shattering of windows in their homes," he said.

The attacks coincide with a political deadlock where rival presidential candidates have failed to resolve months-long disputes over an election meant to mark the first democratic transfer of power in Afghan history.

Most foreign combat troops are due to leave by the end of 2014 but the election dispute has meant a prolonged delay in signing a security pact with the United States governing how many troops would remain.