Cambodia has millions of unexploded bombs, however young children are unaware of the danger of the objects. 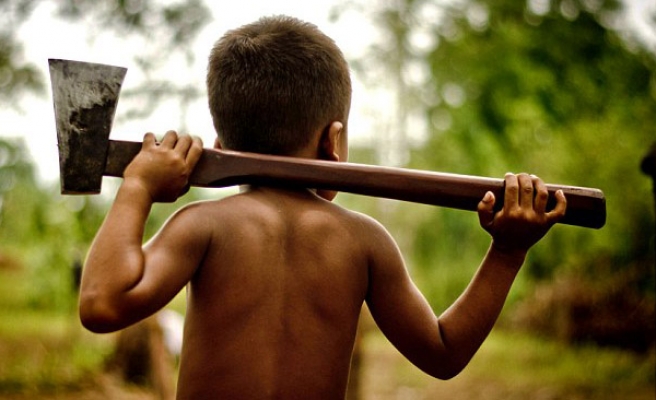 Two Cambodian children have been killed trying to prise open a discarded rocket-propelled grenade with an axe, police said Monday.

Nearly three decades of civil war gripped Cambodia from the 1960s, leaving the poverty-stricken nation both one of the most heavily bombed and heavily mined countries in the world.

"They used an axe to try and open up the old grenade and it eventually exploded, killing them both instantly," he said, adding that a third boy escaped unharmed and alerted police and local villagers.

The grenade came from a B-40, a variant of the Russian RPG-2 frequently used by Vietnamese troops during their war against the United States and Hanoi's later invasion of Cambodia.

The country has taken major steps to clear millions of unexploded bombs but maimings and fatalities are still common with children in particular often unaware of how dangerous such objects can be.

Unexploded ordnance has killed nearly 20,000 people and wounded double that number since 1979.

Cambodia reported 111 landmine and unexploded ordnance casualties, including 18 deaths, in 2015 while 154 people were killed or injured by leftover mines in 2014.