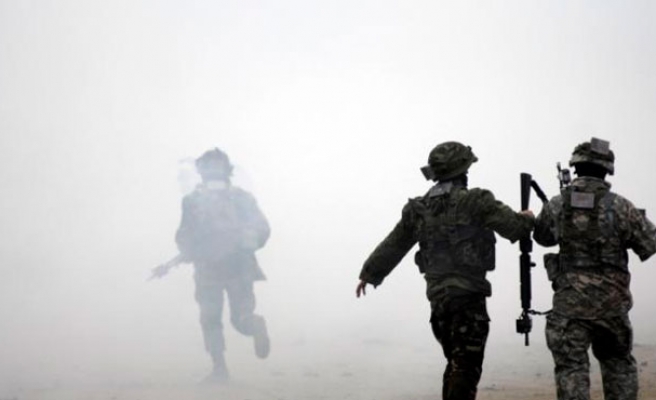 World Bulletin / News Desk
Two Philippine soldiers and a suspected communist guerilla were killed when members of the New People's Army (NPA) raided a police station in southern Davao Oriental province, according to the military Monday.

Army spokesperson 1st Lt. Vergel Lacambra told the state-run Philippine News Agency that the communist guerrillas had attempted to capture the police station in Mati city the night before, but were forced to withdraw after military reinforcement arrived.

He explained that the police officers on duty had stood their ground in a firefight, before the army's 701st Infantry Brigade arrived 30 minutes later, resulting in a clash that cost the lives of two soldiers and one rebel.

Major Gen. Eduardo M. Ano, 10th Infantry Division commander, described the attack as "a desperate nuisance move by NPA amidst the strengthening developmental programs of Davao Oriental anchored on a stable peace and order climate prevailing in the province."

Condemning the attack in a heavily populated area, he told the agency, “we will continue working with different stakeholders to make sure Davao Oriental remains a development-ready province. All together, we will keep it that way."

Lacambra said joint army and national police forces based in Mati had contained the situation, with the deployment of armored vehicles and pursuit operations against the group.

The NPA, the armed wing of the Communist Party of the Philippines, has been waging an insurgency since 1969 that has left tens of thousands of people dead. It reportedly has around 4,000 members in 69 of the country’s 81 provinces.

Peace talks between the NPA and the government collapsed in February 2013 due to rebel demands that detained comrades be freed.