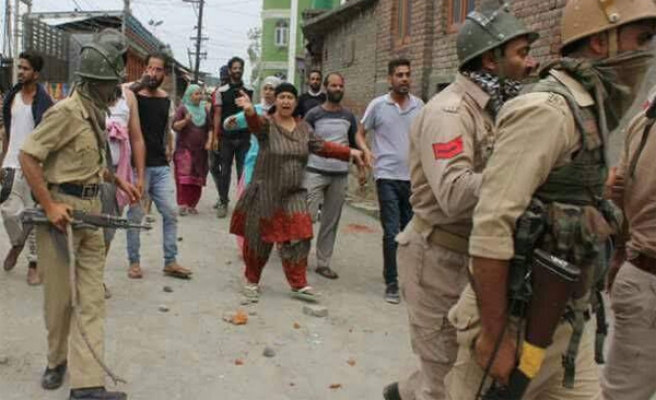 Pakistan on Tuesday accused India of killing at least two women and injuring six other people in unprovoked firing along the Line of Control (LoC) -- a de facto border that divides the disputed Kashmir valley between the two nuclear-armed neighbors.

According to Inter Services Public Relations (ISPR), a media wing of the Pakistani army, unprovoked Indian border forces fired with artillery, heavy mortars and automatic weapons in the Leepa valley near the LoC and targeted the civilian population in different villages.

Pakistani troops engaged Indian troops and destroyed four Indian posts, the ISPR claimed in a statement.
The fresh cease-fire violation took place when U.S Secretary of State Rex Tillerson was in Islamabad. He later left for India at the evening.

Despite a cease-fire agreement signed in 2003, the two countries frequently blame each other for firing at the Working Boundary and the Line of Control.

Kashmiri resistance groups in the region have been fighting against Indian rule for independence, or for unification with neighboring Pakistan. More than 70,000 people have reportedly been killed in the conflict since 1989. India maintains more than half a million troops in the disputed region.