Opposition leaders Khan and Qadri accuse government for silently rounding up their supporters as they continue protests around capital. 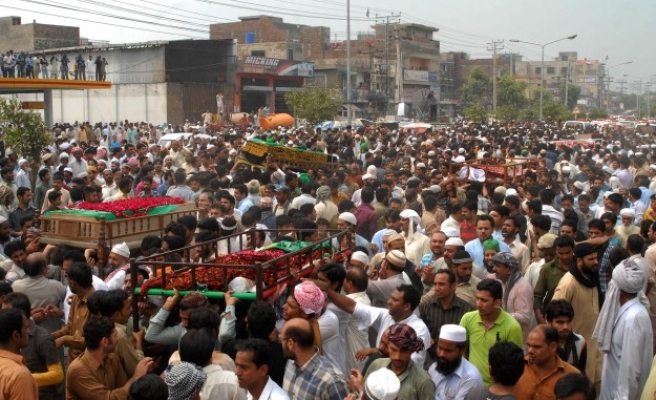 Police are silently rounding up anti-government protesters sitting in Islamabad over the last month to press Prime Minister Nawaz Sharif to step down for alleged electoral fraud in last year’s general elections.

Most of the detainees belong to the Tehreek-e-Insaf party, and were held in hotels and other spots where they were resting during daytime. The detainees include famous DJ Butt who played music during Khan’s sit-in outside the parliament house.

They are accused of charges ranging from power and water theft to terrorism.

Khan blamed the government for a silent operation against his workers, warning the police to refrain from arresting them.

“They (police) are arresting my tigers (supporters), but I want to tell them that we will not be cowed down by these cowardly acts,” Khan told his exhausted supporters whose numbers are shrinking with every passing day. An adamant Khan, however, insists that he will not leave until the premier stands down.

Dr Qadri too blames the government for the silent arrests.

“The government on one hand is negotiating with us, while on the other hand, the police are arresting our peaceful workers,” Qadri said.

He said the detainees included one of the members of his negotiating team.

Khan and Qadri had kicked off their separate marches from the northeastern city of Lahore on August 14, and teamed up in Islamabad the next day. Three protesters have been killed and 500 -- including 100 policemen -- injured in clashes between the two sides in the last month.