As many as 50,000 have been forced out of their homes over the last 24 hours in Sindh province, say officials. 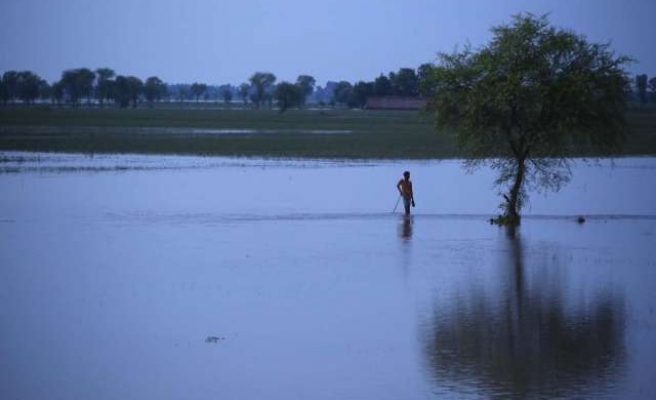 At least 24 people were killed in flooding-related incidents in northeastern Pakistani province of Punjab over the last 24 hours, raising the death toll to 346 since the floods started in early September, officials said.

Around 50,000 people have been evacuated from different parts of southern Sindh province as floods have inundated dozens of villages there in the last 24 hours, National Disaster Management Authority, a government organization that coordinates between relief and rescue agencies, said in a statement on Saturday.

No casualty has so far been reported from Sindh province due to floods, it added. Massive floods - one of the worst in last 66 years - have already wreaked havoc in Punjab, inundating over 1,400 villages and forcing around 20 million people to leave their homes in 21 districts.

Around 280 people were killed in different parts of Punjab in floods-related accidents.

Some 64 people lost their lives in Pakistani-administered Kashmir in similar incidents. Lahore, the state capital, is the most affected region as 69 people have died in the last 5 days.

Around two dozens people have been killed in Kashmir.

Pakistan had faced the worst floods of its history in 2010 when heavy flooding killed nearly 2,000 people and inundated one-fifth of the country, as well as destroying thousands of houses, schools, hotels, and other buildings.