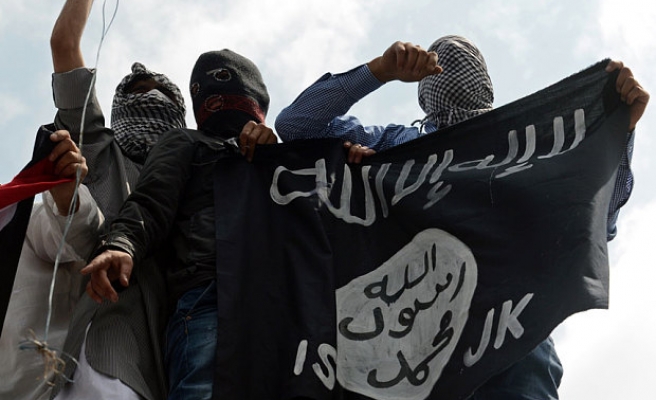 At least 25 fighters affiliated with the ISIL militant group were killed Saturday night in an operation carried out by Afghan security forces in the eastern Nangarhar province, Afghan officials said Monday.

The operation was conducted in Nangarhar’s Achin district and surrounding areas, where ISIL militants, according to provincial police spokesman Hazrat Hussain Mashriqiwal, have established bases and are running a number of training camps.

He added that another 28 ISIL fighters had been killed in the district -- and eight others injured -- in a firefight with security forces last Wednesday.

"The anti-ISIL offensive will continue until their last hideout is destroyed," Mashriqiwal told Anadolu Agency.

Afghan security forces reportedly launched a counter-offensive last week in a bid to regain ISIL-controlled areas after the militants made advances in the district and attacked a number of security posts.

According to the governor of Achin district, Haji Ghalib Mujahid, militants fired several rockets at Afghan police posts, one of which struck a mosque, killing six civilians.

"A base belonging to ISIL was destroyed -- and their black flag taken down -- following the anti-ISIL operation," Mujahid said.

Meanwhile, at least three Taliban fighters, including one Pakistani militant, were killed Sunday afternoon when a U.S. drone reportedly struck their hideout in the Nangarhar province, according to Afghan officials.

Nangarhar province, located on the border with Pakistan some 150 kilometers east of capital Kabul, has recently seen a proliferation of ISIL military activity, with militants registering a number of gains at the expense of both government forces and the Taliban.

In October, the UN reported that ISIL fighters were actively recruiting young Afghans in 25 of the war-torn country’s 34 provinces.