3 arrested in Myanmar for bar flyer with Buddha image 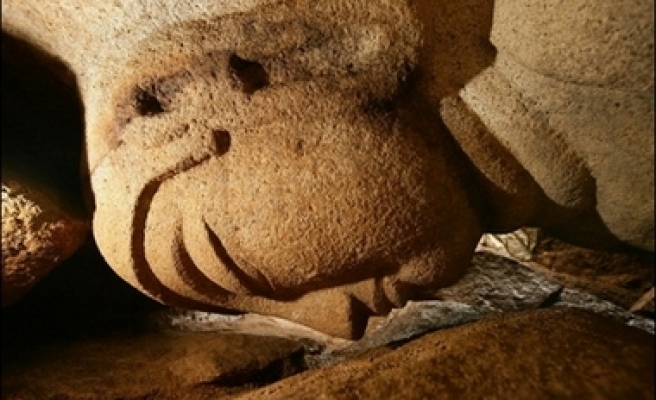 World Bulletin/News Desk
Three men are facing up to two years in prison in Myanmar because they used a picture of Buddha wearing headphones on an online flyer to promote their upscale bar.

The men, one New Zealander and two locals, were remanded in custody Thursday by a court in the country’s main city of Yangon after being charged under a law that forbids insulting religion.

The flyer, which displayed the revered figure alongside details of a deal for unlimited cocktails, provoked widespread outrage from Buddhists on social media, who branded it “despicable” and “blasphemous”.

“You do that again I will come to destroy your place … f... idiots,” read one of many expletive-ridden posts on the V Gastro bar’s Facebook page.

“Our ignorance is embarrassing for us and we will attempt to correct it by learning more about Myanmar's religions, culture and history,” said a statement from V Gastro’s management posted on Facebook.

“Our intention was never to cause offence to anyone or toward any religious group.”

A rising wave of Buddhist nationalism, spurred by extremist monks, has swept the country since a military junta stepped aside in 2011. Since then a reformist government has relaxed severe restrictions on freedom of assembly and expression.

But the reforms have been accompanied by waves of religious violence. Hundreds have died and more than 140,000 have lost their homes in anti-Muslim rioting since mid-2012.

The New Zealander’s arrest is the latest instance of a foreigner being caught out by Buddhism’s highly sensitive status in parts of Asia. In August, a Canadian man was deported from Myanmar after locals noticed a Buddha tattoo on his leg and took a picture that went viral.

A British tourist had suffered a similar fate in Sri Lanka in April due to a picture of Buddha tattooed on her arm.

The Yangon court has scheduled a hearing for Dec. 18.