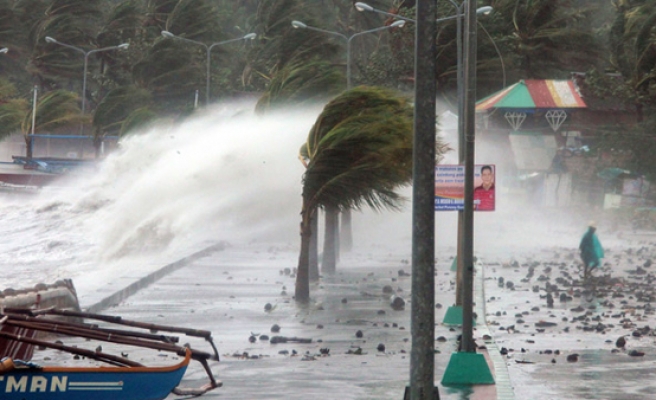 The Philippines' National Disaster Risk Reduction and Management Council said that those who died in Kalmaegi - known as Luis in the Philippines - were indirect casualties from the sinking of the MV Maharlika off Southern Leyte in Central Philippines on Saturday.

The Japan Meteorological Agency said at at 8:50 a.m that Kalmaegi is on its way to China.

The disaster council and Office of Civil Defense reported a total of 1,748 families - or 7,897- people affected and displaced by the latest typhoon. Many are being sheltered in 36 evacuation centers.

The rain brought floods, power outages and landslides to the provinces of La Union and Pangasinan - making some roads impassable while classes were suspended in the capital city Manila, and several provinces in Luzon.

The country's weather bureau said Kalmaegi has maintained its strength but was now already outside the Philippine Area of Responsibility (PAR) as of Monday morning, although a disaster council weather forecaster told reporters that the typhoon has a very slim chance of returning as it continues to move towards Vietnam or Southern China.

Fishing boats and other small craft were advised not to venture out over the seaboards of Luzon and over the western and central seaboards of Visayas.

Meanwhile, the Philippine Navy on Monday said two of its ships are still conducting search-and-rescue operations for passengers still missing from the M/V Maharlika-2 that sank Saturday.

The ferry was abandoned around 9:20 p.m. after suffering what local officials termed a "steering casualty," civilian and navy boats rescuing and transporting a total of 110 survivors, and recovering three bodies.

Survivors told the Philippine Coast Guard that the boat started to sink when lashing holding vehicles and other cargo broke causing the boat to list and capsize.