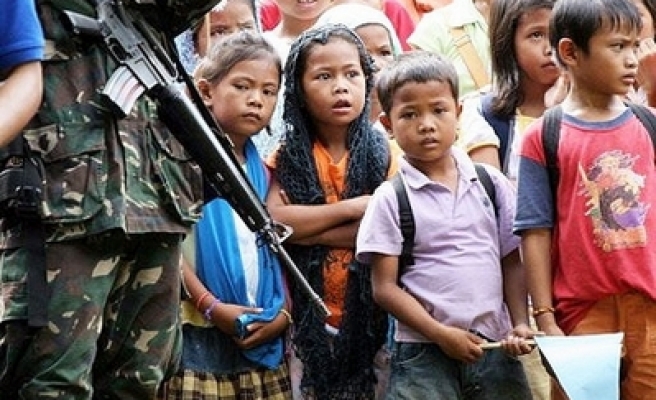 A bomb blast has left at least three people dead and 23 others wounded in a southern Philippines town celebrating an annual bamboo festival.

Cynthia Ortega, disaster management chief in North Cotabato province, told The Andaolu Agency on Monday that an explosive device went off at around 19.30 (13.30 Turkish time) Sunday in front of a restaurant near a public square in M’lang town.

The town is currently celebrating its 6th Kawayan –- or bamboo -– festival that will last until December 5.

Army spokesperson Capt. Jo-ann Petinglay told AA the third victim lost his life while undergoing treatment at a local hospital after two others were killed at the scene.

Of the 23 injured, eight were admitted to hospitals in the area while 15 were treated for minor injuries.

Mujiv S. Hataman, governor of the Philippines' Autonomous Region in Muslim Mindanao, condemned the attack in a statement in which he and other.

Saying they "offer sincere sympathies to the friends and families of the victims of this dastardly act of terrorism," Hataman expressed his confidence that law enforcement would hunt down those responsible and bring them to justice.

A week earlier, a bombing in North Cotabato’s Kabacan town has killed a student and injured 16 other people.

The autonomous region’s police suspect a breakaway Muslim rebel group, the Bangsamoro Islamic Freedom Fighters (BIFF), of being behind the two latest attacks.

North Cotabato Governor Emmylou Mendoza has released a press statement offering a 100,000 Philippine peso –- over $2,200 -- reward for vital information on the perpetrators of the blast.