Escape occurs in area near camp of Muslim rebel group, two weeks before anniversary of its siege on nearby city that left 300 people dead 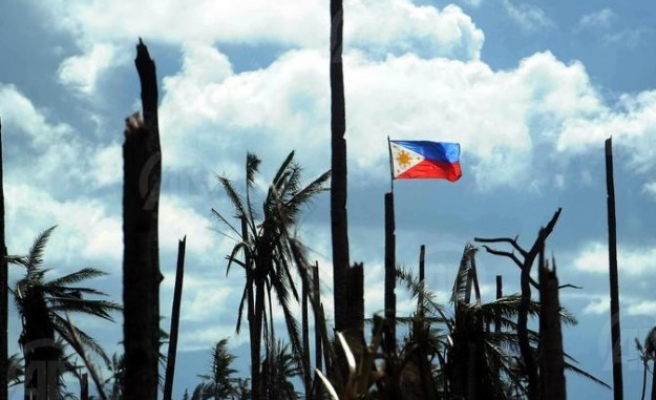 Army troops joined policemen and jail personnel Saturday in the manhunt for an undetermined number of detainees who escaped during a jailbreak that triggered a shootout killing three and wounding eight others in the Philippines Muslim south.

Siocon - a municipality in the greater Zamboanga province - is part of the so-called "Triple S" complex  - Siocon, Sirawai and Sirawai - where Muslim rebel group the Moro National Liberation Front (MNLF) holds a camp, particularly on the hinterland border with Zamboanga City - a majority Christian city in the predominantly Muslim south.

Enguerra said escapees and a jailguard were killed, while two policemen, two other jailguards and four detainees were wounded in a shootout that ensued minutes after the jailbreak was detected.

According to Enguerra, army units based in Siocon have backed up policemen and personnel of the Bureau of Jail Management and Protection (BJMP) in the hunt for the escapees who were believed to have fled to the hinterland border of Zamboanga del Norte and Zamboanga City.

Huey helicopters took off early Saturday morning from the Edwin Andrews Air Base in Zamboanga City to help security forces track down the escapees, some of whom were believed to have seized the firearms of jail guards.

A police intelligence source said investigators were looking at the possibility of "outsiders" who helped the detainees stage the jailbreak in Siocon, some 60 kilometers from Zamboanga City.

Armed Forces chief Gen. Gregorio Pio Catapang has said that the army is beefing up troops in the area as the anniversary of the attack approaches.

Also in April 2007, a communist band led by Mindanao Regional Guerrilla Unit-Pulang Bagani Command ransacked the armory of the penal farm and seized over 100 guns in a pre-dawn raid in Kidapawan City in North Cotabato.

The jailbreaks have been blamed on lax security and poor prison conditions.