1 Pakistani soldier killed, along with 2 civilians -- including a woman -- and 4 injured along Kashmiri Line of Control 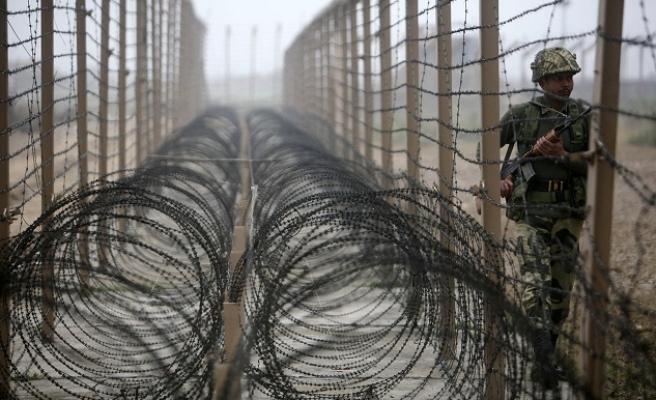 Pakistan Friday accused Indian border forces of resorting to "unprovoked" firing which killed three persons, including an army soldier, and injured four others along the disputed Kashmir border.

"Indian troops resorted to an unprovoked cease-fire violation along the Line of Control [the imaginary border that divides Kashmir between Pakistan and India] in Rakhchikri, Rawalakot targeting the civil population with heavy weapons," a Pakistan army spokesman said in a statement.

As a result, he said, two civilians -- including a woman -- were killed, while one civilian was injured.

Later, an army patrol assisting in the evacuation of civilian casualties also came under Indian army fire, resulting in the death of one soldier while three others were injured, the spokesman added.

"Pakistan army troops gave a fitting response to Indian army posts which engaged the civil population," he said, adding that there were reports of casualties on the Indian side but declined to give specifics.

Nearly 150 people -- both civilians and soldiers -- from the two sides have been killed in a series of border clashes over the last year following a brazen militant attack on an army camp in Indian-held Kashmir which killed 19 Indian soldiers.

The two countries have fought two full-fledged wars -- in 1948 and 1965 -- over Kashmir. Pakistan managed to take one-third of the Himalayan Valley in the wake of 1948 war, with the remaining two-thirds of Kashmir going to India.

Over 60,000 Kashmiris have been killed in the ongoing freedom struggle since 1989. India maintains around 500,000 troops in the valley.