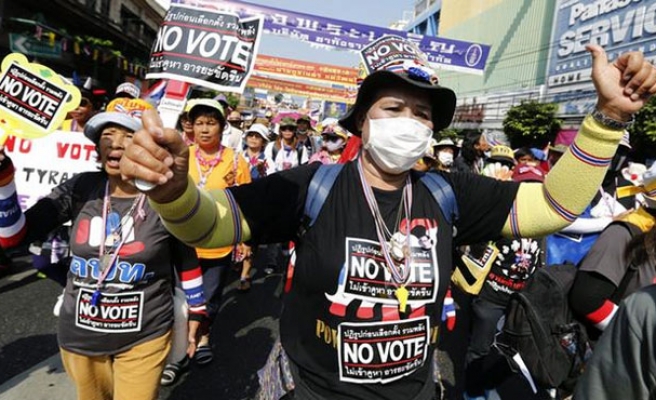 At least three police officers were injured in efforts to clear anti-government protesters from streets in central Bangkok on Tuesday, one with what appeared to be a gunshot wound to the head, Reuters witnesses said.

Three Reuters witnesses said they heard what sounded like gunfire in the Thai capital and saw firearms being carried by both sides. Authorities did not immediately confirm that shots had been fired.