Ambush on village ambulance leaves 4 others – including 8-year-old girl – wounded. 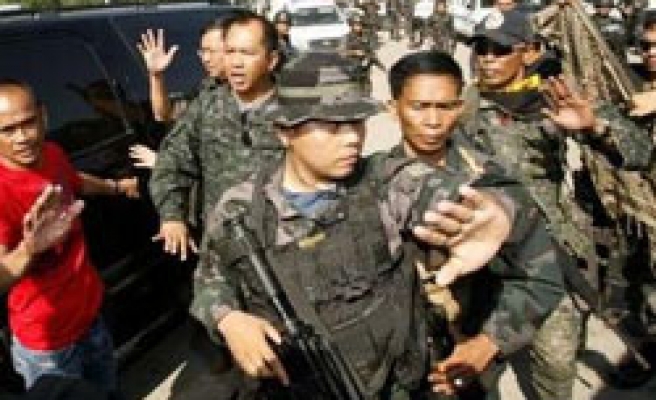 Philippine army troops were in pursuit of communist guerrillas Monday after an ambush on a village ambulance left four civilians dead and another four – including an 8-year-old girl -- wounded.

Two of the victims died on the spot while two others lost their lives at a nearby hospital.

The ambulance had been carrying 15 people, including eight children, in Marfil village at the time.

Caber said soldiers were dispatched to capture the perpetrators of the "unprovoked attack."

Emilio Solidor Jr., the village chief of Marfil who was also wounded in the attack, told military and police investigators the ambulance was homeward bound after attending a thanksgiving celebration at a nearby Baptist church when it was fired on by some 20 gunmen.

The NPA -- the armed wing of the Communist Party of the Philippines -- has been waging an insurgency since 1969 that has left tens of thousands of people dead. According to the military, more than 3,000 lives have been claimed in the last eight years alone.

President Benigno Aquino III had aimed to reach a peace deal with the communists, but talks collapsed in February last year due to rebel demands that detained comrades be freed.

The two panels could not reach an agreement on a "special track," which sought to speed up the negotiation process that has been on and off since the presidency of Benigno’s mother, Corazon.

NPA guerrillas are active in the central and northern Philippines, with Agusan del Sur among the hotbeds of the insurgency.