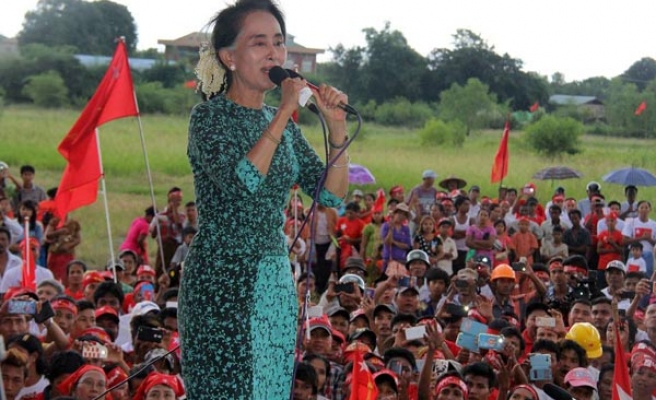 When Myanmar votes next month in what has been billed as its first free and fair election in 25 years, nearly 4 million won't be taking part according to a report in Reuters.

Many Myanmar citizens are working overseas and have been unable to register, but voter lists riddled with errors and the cancellation of polling in areas affected by ethnic violence could also dent the credibility of the election.

"I think that the government is not doing what it needs to do to make sure that all Burmese citizens are able to vote everywhere they are," said Phil Robertson, deputy director of Human Rights Watch's Asia division. "These people are largely going to be disenfranchised because the system doesn't encourage their participation."

The Nov. 8 general election is a major landmark in the reform of the former pariah state that began when a military junta ceded power to a quasi-civilian government in 2011.

Myanmar's ruling Union Solidarity and Development Party (USDP) is expected to be trounced by Aung San Suu Kyi's National League for Democracy (NLD) - whose landslide victory in a 1990 election was ignored by the junta.

Many workers in Mahachai fled Myanmar after a crackdown on pro-democracy protesters in 1988, others migrated later to earn a better living in Thailand. Thousands welcomed Suu Kyi when she visited Mahachai in 2012 during her first trip abroad in 24 years.

Ben Rhodes, deputy national security adviser and a confidante of President Barack Obama, told a news conference that Washington would continue a policy of deepening engagement with Myanmar if “the democratic transition is moving forward.”

Further engagement, Mr. Rhodes said, could include reconsider the U.S. approach to sanctions and would enhance Washington’s “ability to support and promote additional investment” in Myanmar.

European Union observers will be given access to voting on military bases for next month's Myanmar election, an official said Tuesday (Oct 20), according to a report in Channel News Asia.

Myanmar boasts one of the world's largest armies and a quarter of legislative seats are reserved for the military, giving them a de facto parliamentary veto. Tens of thousands of soldiers are expected to take part in voting at military bases before the November 8 general election, because they are stationed far from their home constituencies