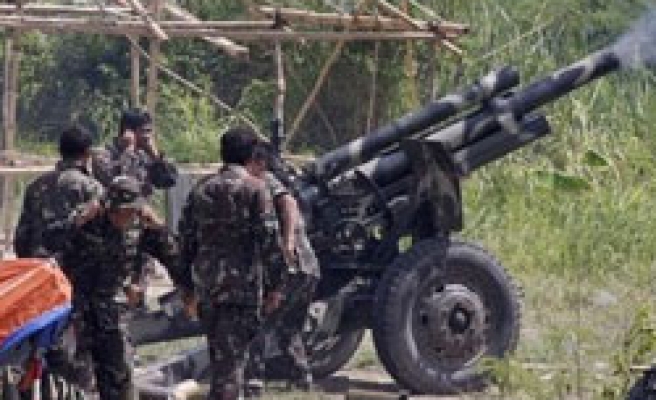 Philippine troops intensified pursuit and security operations against a communist insurgency Thursday after four soldiers were killed in a roadside attack that sparked a gun battle in which a rebel lost his life.

Army spokesperson Maj. Ezra Balagtey told The Anadolu Agency the troops had been onboard a vehicle securing an under construction road when a landmine exploded Wednesday in Bukidnon province on the southernmost major island of Mindanao.

The explosion caused fatalities among the soldiers, three of whom suffered injuries, and resulted in a five-minute firefight that left a New People’s Army (NPA) member dead in the village of Makalungay.

Balagtey said the soldiers were responding to information that guerillas were set to burn heavy equipment pooled in Makalungay when the mine went off.

The rebels scattered after the clash, leaving the equipment undamaged, and soldiers recovered an M653 rifle and several backpacks belonging to the fleeing rebels.

According to Balagtey, the army has received information that one body and around 17 wounded NPA guerrillas were seen by villagers while receiving treatment at Makalungay Elementary School.

"Troops of 68th IB [infantry battalion] intensified their pursuit to locate the wounded and escaping bandits and the possible retrieval of the reported NPA's body," he said.

Balagtey read a statement by General Aurelio Baladad, chief of Eastern Mindanao Command, in which he slammed the NPA "for their terroristic and anti-development acts."

In the statement, Baladad said: "The NPA are double talking, the projects are for the people, this is for the good of the community that they claim they are fighting for, and yet they continue to sabotage it.”

The NPA -- the armed wing of the Communist Party of the Philippines -- has been waging an insurgency since 1969 that has left tens of thousands of people dead. According to the military, more than 3,000 lives have been claimed in the last eight years alone.

President Benigno Aquino III had aimed to reach a peace deal with the communists, but talks collapsed in February last year due to rebel demands that detained comrades be freed.

The two panels could not reach an agreement on a "special track," which sought to speed up the negotiation process that has been on and off since the presidency of Benigno’s mother, Corazon.

NPA guerrillas are active in the central and northern Philippines, with Bukidnon among the hotbeds of the insurgency.