Police say a bomb was planted in a car parked near the police station that was seemed to be the target of the blast. 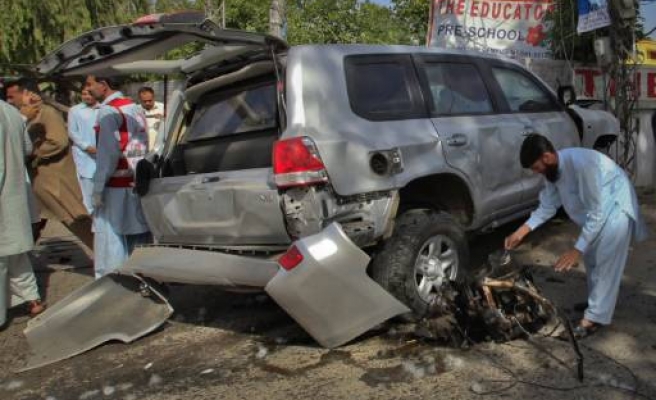 At least 41 were killed and 100 were injured on Sunday after a powerful blast rocked a police station in Pakistan's northwestern city of Peshawar.

Commissioner of Peshawar Sahibzada Anis told the Anadolu Agency that two wounded people succumbed to their life-threatening injuries, taking the death toll to 41.

Anis feared the death toll might yet rise again, noting that many of the wounded in Lady Reading Hospital are in critical condition.

Police say a bomb was planted in a car parked near the police station that was seemed to be the target of the blast.

On Saturday a bus blast killed 20 government employees, and a deadly suicide attack on a church last Sunday killed 83 people.

"It was a massive blast. I was busy in praying for the last Sunday's blast victims in the church when the blast occurred," George Saryam, a Christian, told the AA.

The targeted police station is located near the church.