Residents run to streets in Yogyakarta, where major earthquake in May 2006 left 5,700 people dead, 37,000 others injured. 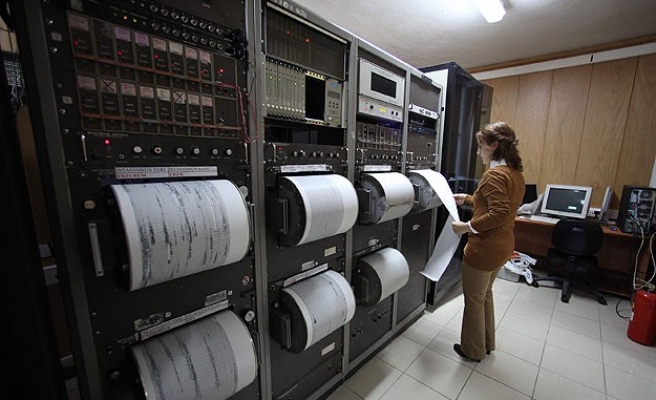 According to the Meteorology and Geophysics Agency, the earthquake struck at latitude 8.86 south and longitude 111.09 east, or nearly 52 miles (83 kilometers) from Pacitan city.

Occurring at 4:06 p.m., it had an epicenter depth of over 121 miles (195 kilometers) from the sea and its tremors could be felt in Central Java province’s Yogyakarta city and East Java’s Trenggalek.

The earthquake does not have the potential to cause a tsunami, and no casualties or damage have been reported.

Laila Rochmatin, a private sector worker in Yogyakarta, told the Anadolu Agency she was "somewhat surprised and ran directly outdoors.”

She added that she was still traumatized from a major earthquake that struck near the city in May 2006, leaving 5,700 people dead and 37,000 others injured.

Indonesia lies within the Pacific’s "Ring of Fire," where tectonic plates collide and cause frequent seismic and volcanic activity.

In 2004, an earthquake in the western island of Sumatra caused a series of devastating tsunamis around the Indian Ocean, killing over 230,000 people in 14 countries.

Most of the victims were in the provinces of Aceh and North Sumatra on the island.