An earthquake with a preliminary magnitude of 5.2 hit Taiwan, shaking buildings in the capital Taipei for several seconds. 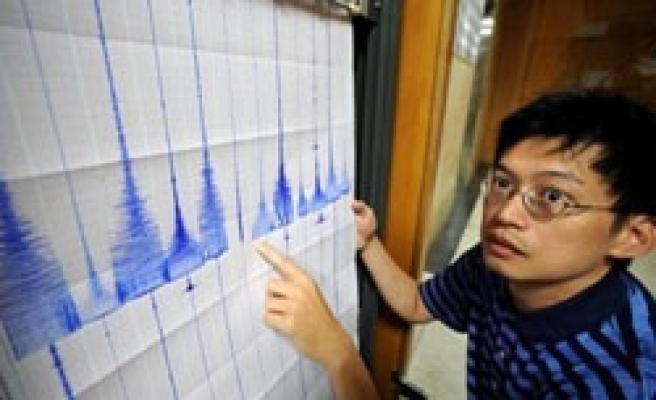 An earthquake with a preliminary magnitude of 5.2 hit Taiwan on Monday, shaking buildings in the capital Taipei for several seconds, but there were no immediate reports of casualties or damage.

The quake was located in the sea off the north of the island, the central weather bureau said.

Earthquakes occur frequently in Taiwan, which lies on a seismically active stretch of the Pacific basin.

One of Taiwan's worst-recorded quakes occurred in September 1999. Measuring 7.6, it killed more than 2,400 people and destroyed or damaged 50,000 buildings.