7 civilians among 11 killed in Kashmir’s south 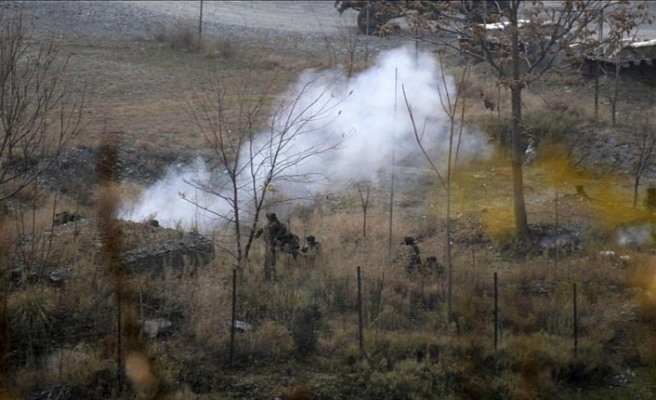 At least eleven people -- including seven civilians, an Indian soldier and three militants -- were killed in Kashmir’s south on Saturday, police said.

According to the police, the slain civilians were part of a large crowd approaching near a site of a gun battle between the Indian forces and militants in Pulwama district.

“While the operation (gunfight) was going on, a crowd who came dangerously close from different parts to the encounter site got injured. The injured were evacuated to hospital where unfortunately seven persons succumbed to their injuries,” the statement added.

According to eyewitnesses and reports in local newspapers, the Indian forces opened fire on the crowd, killing at least seven and wounding over two dozen people.

One of the three slain militants was a former soldier in the Indian Army who later joined the militants.

The pro-independence Joint Resistance Leadership (JRL) of Kashmir has announced a three-day shutdown against the killings.

Mirwaiz Umar Farooq, a senior resistance leader, called on people to march toward the Army Cantonment in Srinagar to protest against the killings of Kashmiris.

The Indian authorities have suspended the internet in the region and shut down the train services.