The Kokang insurgents, also known as the Myanmar National Democratic Alliance Army (MNDAA), were formerly part of the Communist Party of Burma 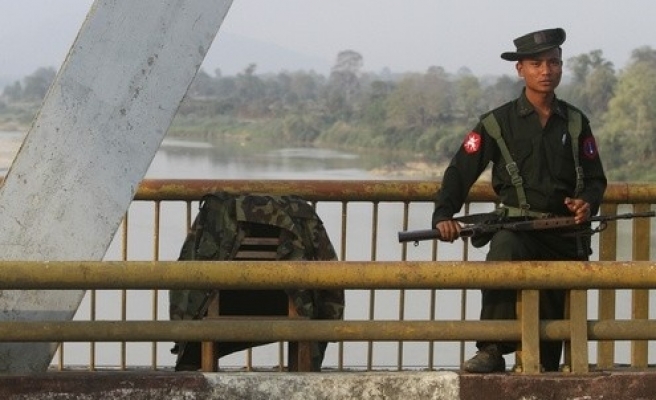 Seven Myanmar soldiers were killed and 20 wounded in an attack by rebels in the northeastern frontier with China five days ago, state media said Monday.

The military accused insurgents of ambushing an army patrol and laying siege to a base near Kunlong, about 30 km (20 miles) from the Chinese border last Wednesday, the state-backed Global New Light of Myanmar newspaper reported on Monday.

"The remnant Kokang insurgent group launched unprovoked attacks on Tatmadaw camps and columns while the government is implementing the peace process," the newspaper said, using the traditional name for the Myanmar military.

The latest round of peace talks between guerrilla groups and the semi-civilian government that took over in 2011 after nearly 50 years of military rule ended without agreement on Sept. 27.

Most of the rebel groups have been battling for greater autonomy under a federal system but the military has long stressed the need for a strong, centralized government as set down in a 2008 military-drafted constitution.

The Kokang insurgents, also known as the Myanmar National Democratic Alliance Army (MNDAA), were formerly part of the Communist Party of Burma, a China-backed guerrilla alliance that battled the Myanmar government until it fell apart in 1989.

The MNDAA signed a ceasefire agreement with the government that year, the first of about a dozen ethnic armed groups to do so. Clashes between government troops and guerrilla groups break out from time to time despite such agreements.