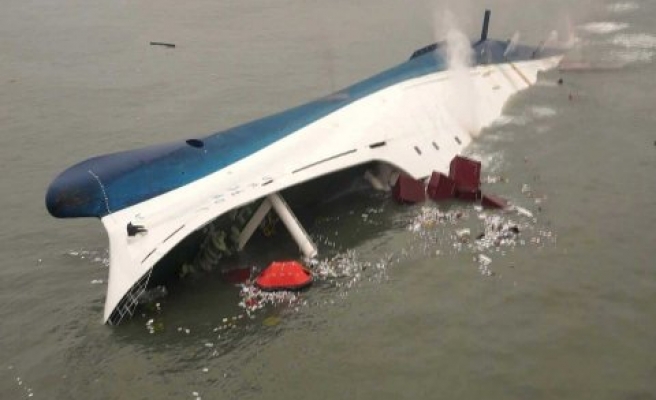 Eight aides of South Korea's most wanted man entered mixed pleas on Monday, as their trial began at Incheon District Court just outside of the capital Seoul.

The confidants of Yoo Byung-eun - widely reported to be the de facto owner of the Sewol ferry, which sank off South Korea's coast on April 16 leaving more than 300 dead or missing - are accused of embezzlement and breach-of-duty among other offenses which may have compromised the vessel's safety.

Two of the eight defendants pleaded not guilty, insisting they had acted under orders - the others admitted to all of the charges.

Yoo, 73, remains at large despite a weeks-long nationwide search and a reward of nearly $500,000 for his whereabouts.

Meanwhile the murder trial of the ill-fated Sewol ferry's captain and several of his crew members is set to continue Tuesday.

The captain and crew could face the death penalty if convicted of having abandoned their sinking vessel while hundreds of high school students were still on board.