90% of air in China unsafe for breathing 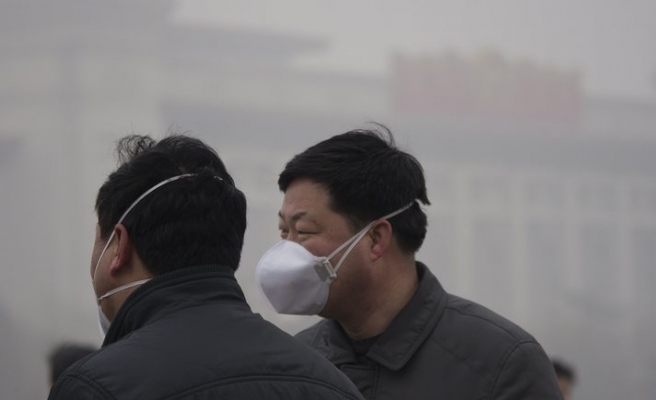 The majority of China’s 74 major cities failed to reach the national standards for air pollution last year, local media reported Tuesday. Only eight of China’s 74 large cities have managed to meet official air safety standards in 2014, according to the Environmental Protection Ministry. This is five cities more than in 2013, when only three cities – Haikou on the island of Hainan, the Tibetan capital of Lhasa and the coastal resort city of Zhoushan – officially met air quality standards.

Of the ten worst offenders, seven were in heavily industrialized Hebei province, the Shanghai Daily said, citing the annual report of the Ministry of Environmental Protection.

Baoding, in Hebei to the south of Beijing, topped the list.

The province is home to China’s steel industry – a major contributor to China’s economy.

Last year, the government announced it would tackle the smog and it has taken steps to reduce the use of coal and shut factories that fail to meet standards. However, it has said it will take 15 years to meet its own safety targets.

The ministry’s report said 66 cities failed to meet standards for six major airborne pollutants, including the concentration of PM2.5 particles judged the most hazardous to human health. Just eight cities enjoyed clean air with no days where the atmosphere failed to reach the national standard.

Hebei and the neighboring cities of Beijing and Tianjin failed to meet air quality standards on around 220 days last year, 62 of which were severely polluted days.

The annual density of PM2.5 in the region reached an average of 93 micrograms per cubic meter last year. The national safety target is 35 micrograms.

Pollution was less serious in other industrial areas, such as the Pearl River delta in the south where the PM2.5 levels were 42 micrograms on average.

The China Daily reported that the Beijing-Tianjin-Hebei area had made some progress. “We have witnessed more days of clean air in more cities and greater reductions in the concentration of PM 2.5, the major airborne pollutant,” Gong Zhengyu from the China National Environmental Monitoring Center, said.

China is the world’s largest polluter, producing a quarter of the world’s carbon dioxide emissions.