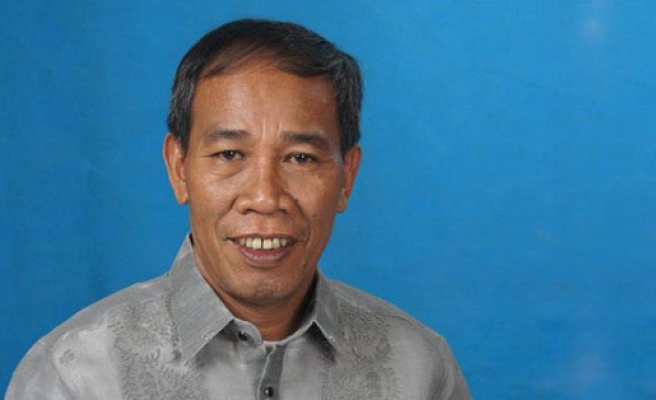 The lifeless bodies of a Philippines mayor and his son were discovered Tuesday morning, following their abduction the night before.

According to local media, Dario Otaza -- mayor of Loreto town in Mindanao in the southern Philippines, and a New People's Army (NPA) rebel  -- and his son, Daryl, were found hogtied in a rural area with multiple gunshot wounds.

The Vice Governor of Agusan del Sur Province, Sante Cane, had earlier told reporters that Otaza and his son were forcibly abducted at gunpoint from their residence in the village of Baan Riverside just after 6:30 p.m. (1030GMT) Monday.

Initial reports said that the abductors claimed to be agents of the National Bureau of Investigation, but the bureau denied operating in the area, according to a GMA News report.

Otaza -- a political ally of Cane -- had been working to end the insurgency in Loreto, a stronghold of the NPA -- the armed wing of the Communist Party of the Philippines.

He partnered with the government after his surrender in order to ensure that the gains of growth reached a wide spectrum of his constituents.

Cane, however, underlined to Philippines daily the Inquirer that it was too early to hold the NPA responsible.

Former chief of staff of the Armed Forces of the Philippines Gen. Emmanuel Bautista said Otaza was instrumental in the surrender of 154 NPA rebels last May.

He emphasized Otaza's championing of programs to support rebel returnees in transitioning back into everyday life.

"Several NPA rebels who enjoy kinship with Mayor Otaza through the indigenous peoples network have indicated a desire to re-enter formal society because of the mayor’s integrity, credibility, and the success of his programs."

Otaza and his wife joined the underground movement in the fight against Martial Law, but resurfaced in 1986 after the restoration of democracy.

A member of the Manobo indigenous group, he later took a role in the government’s Service Caravan, which aims at extending basic government services to indigenous peoples.

However, government negotiators said they were coordinating with Norway to determine how negotiations with the group can move forward.