After a business lunch of burgers with US beef the pair donned golfing kit for a round at the Kasumigaseki Country Club, which will host the event at the Tokyo 2020 Olympics. 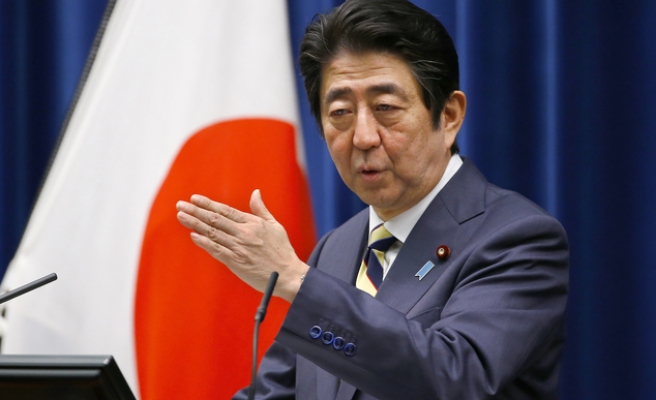 Golfing buddies Donald Trump and Shinzo Abe relaxed with a hamburger lunch and a quick nine holes on the course Sunday, ahead of a high-stakes summit on the North Korea crisis.

They played with Hideki Matsuyama, one of the world's top golfers, and Trump had warm words for his skills.

"He is the greatest player in the history of Japan. Possibly their greatest celebrity... He's a truly great player, a great athlete," Trump told reporters on Air Force One.

Trump described Matsuyama as a "long ball hitter" but could not resist adding: "I hit the ball pretty long."

However, he graciously conceded that Matsuyama was likely to tee off further than him and warned the press of possible fake news.

"If I come back and say I was longer than him, don't believe it."

Inside, the two leaders signed white caps that read, "Donald and Shinzo Make Alliance Even Greater."

Abe and Trump played golf when the Japanese prime minister visited the United States in February, with the Japanese leader keen to stress that his skills were not on a par with Trump's.