Abe, accompanied by his wife Akie, laid flowers at a memorial in the northern city of Darwin to the lost crew of submarine I-124, which was sunk off the nearby coast by the Australian warship HMAS Deloraine in January 1942. 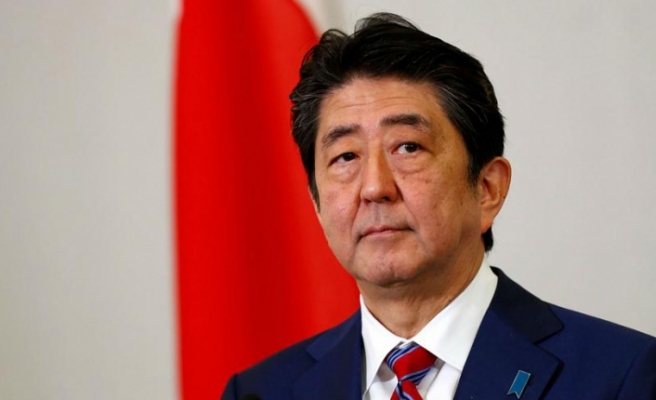 Prime Minister Shinzo Abe wrapped up an emotional 24-hour visit to Australia Saturday by paying tribute to 80 Japanese sailors killed when their submarine was sunk as the two nations battled one another in World War II.

The following month, Japanese warplanes began a series of air raids on Darwin which left more than 250 dead, the worst foreign attack ever on Australia.

Abe's visit to Darwin was the first by a Japanese leader to the city, and he and Australian Prime Minister Scott Morrison marked the occasion Friday with a vow to enhance strategic and military cooperation across the Pacific.

"Our common vision is of a free and open Indo-Pacific. We agreed to deepen our security and defence cooperation," Abe said following his meeting with Morrison.

The two men also paid their respects at a memorial to those killed in the Japanese air raids in an act reminiscent of the Japanese leader's visit to Pearl Harbor in 2016.

The emotional symbolism of the visit was underscored when Akie Abe shed tears as she visited a church and memorial paying tribute to local victims of the war and to joint Japanese-Australian efforts to clear Darwin harbour of shipwrecks.

"When she was coming out of the church she was crying a little bit again, she was just so grateful for the story and overwhelmed by the friendship," Merritt told the NT News.