Gunmen stop truck, order men to alight, lead them off at gunpoint through surrounding jungle 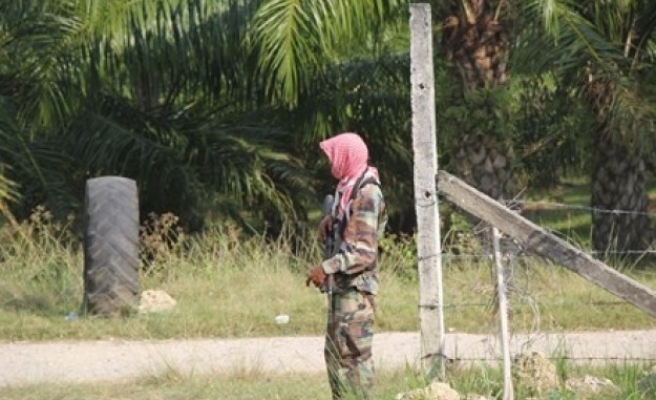 Abu Sayyaf gunmen on Monday seized 10 workers from a private construction firm working on government projects in the southern Philippines' province of Basilan - one of the militant group's two strongholds in the Muslim south.

Nantes said the workers, including a truck driver -- all Muslims -- belong to MACE Construction, a firm carrying out government projects, including roads and bridges.

He quoted the Army's 104th brigade as saying that Abu Sayyaf gunmen stopped the truck, ordered the men to alight and then led them off at gunpoint through the surrounding jungle.

Falcatan said the workers were still being held as of 1 p.m. (0500GMT) Monday.

Basilan is the birthplace of Abu Sayyaf founder Abdurajak Abubakar Janjalani - a former teacher, who studied theology and Arabic Studies in Libya, Syria and Saudi Arabia during the 1980s - who was killed in a gunbattle with police Dec. 18, 1998.

Upon his death his brother, Khadaffy Janjalani took control of the organization.

Elsewhere Monday, a government treasurer was shot dead by gunmen riding tandem on a motorcycle in the province of Sulu, the group's other stronghold.

Brig. Gen. Alan Arrojado, Joint  military task group commander in Sulu, said in a statement that 58-year-old Arsenio Marzo, 58, was in the capital town of Jolo around 7 a.m. (2300 Sunday GMT) when a man aboard a motorcycle shot him several times.

Arrojado said Marzo was rushed to the Sulu Provincial Hospital where he was declared dead on arrival.

The Abu Sayyaf -- armed with mostly improvised explosive devices, mortars and automatic rifles -- has carried out bombings, kidnappings, assassinations and extortion in a self-determined fight for an independent Muslim province in the Philippines.

The group has been designated a "terrorist" organization by the Philippines, United Nations, Australia, Canada, the UAE, the United Kingdom and the United States.